Exploring the Physiology of Black Skin 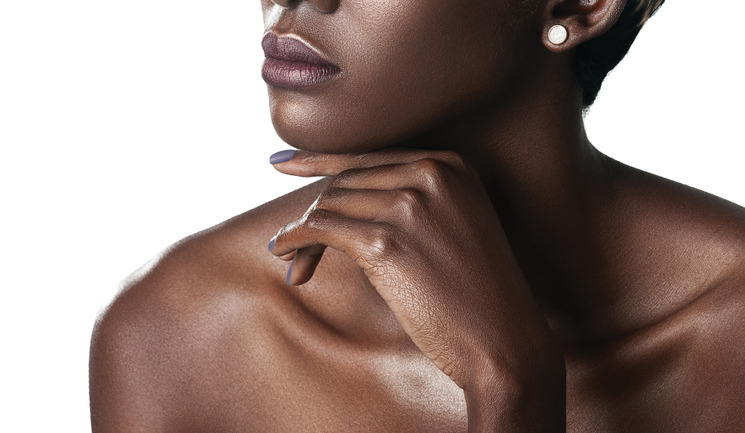 Colour may be the most immediate and noticeable difference between black and Caucasian skin. However, there are other differences that have significant clinical dermatological implications that clinicians must recognise to properly and appropriately treat black skin tones.

Although previously identified differences included thicker skin and glandular activity, it is important to note that much of the literature around black skin physiology used pseudoscientific data to justify some of the political doctrines during that era. In this article, we highlight some of the key structural differences in black skin to help further the education of aesthetic practitioners.

The stratum corneum, the uppermost layer of the epidermis, can be best described using the brick-and-mortar analogy. It consists of corneocytes (brick) interspersed with intercellular lipid bilayers (mortar). The function of the stratum corneum is to protect from external injury, UV radiation and microorganisms. The stratum corneum also has biological functions, as research has shown that this layer prevents transepidermal water loss (TEWL).1

The stratum corneum is approximately 10UM in thickness.2 Contrary to popular belief, black skin does not have a thicker stratum corneum than Caucasian skin. A 1955 study comparing 29 black and 22 Caucasian individuals did not show a significant difference in the mean thickness of the stratum corneum.3 However, a 1974 study by Weigand et al. using tape strippings to remove the stratum corneum on 46 participants showed that more strippings were required to remove the top layer in black skin compared to Caucasian skin. Thus concluding that black skin has more layers which are more compact and dense with potential stronger intercellular cohesion.4,5 This was further substantiated by Reed et al. who demonstrated that darker skin types had a more resistant barrier after tape strippings compared to individuals with lighter skin.6

The intercellular lipids between the corneocytes are 15% fatty acids, 25% cholesterol and 50% sphingolipids (ceramides).7 Sugino et al. compared the ceramide levels in Asian, Hispanic, Caucasian and black skin.8 The ceramide levels in black skin were found to be 50% lower than in Caucasian or Hispanic skin. Another study confirmed these findings in 2010, showcasing that black skin has the lowest level of ceramides.9 The general consensus is that black skin has a stronger barrier despite the lower ceramide levels, owing to the stratum corneum structure, which has greater intracellular cohesion.10

TEWL is the amount of water lost through the epidermis passively. Findings by Sugino et al. on ceramide content indicated that black skin has the highest TEWL and the opposite for east Asians.8 However, there have also been some studies to show contradicting racial differences, or no differences at all.11 When analysing these studies, the number of subjects was small, and further research in this field is needed.12

The stratum corneum is known to have an acidic pH essential for maintaining homeostasis and optimal lipid barrier. The acidic pH is the perfect environment for the resident skin micro-flora and protects against the unwanted growth of S. aureus bacteria that is the leading cause of skin and soft tissue infections.13,14

Many studies have determined whether there may be a contrast in skin surface pH between Caucasian and black skin. Some studies have found black skin to have a lower pH than Caucasian skin; however, the aetiology of this is to be further explored.15,16 During the skin-stripping process within one study of 18 participants, black skin was shown to have a higher TEWL after three strippings compared to Caucasian skin which also subsequently resulted in lower pH in the stratum corneum.17

When it comes to protection against UVA and UVB rays, black skin is twice as more effective

Black skin contains more eumelanin, which has greater photoprotective properties than pheomelanin. When it comes to protection against UVA and UVB rays, black skin is twice as more effective.23 In addition to this, melanosomes in black skin remain intact in the epidermal layer and not easily degraded by lysosomal enzymes, which contribute to the photoprotection.22 Despite the natural photoprotection, it is important to emphasise that black skin is still susceptible to skin cancer including: squamous cell carcinoma, basal cell carcinoma and melanomas.23 It is therefore, imperative that practitioners continue to educate patients on the importance of regular sun protection to prevent cancer and photoageing signs.

Melanin absorbs UVB and, in essence competes with 7-dehydrocholesterol. Ultraviolet- mediated (UVR) synthesis of vitamin D in individuals with black skin requires a UVR dose that is six times greater than white skin.24 However, there have been some concerns about vitamin D in relation to bone health and density amongst darker skin types. Existing data shows that although vitamin D deficiency is more likely to exist in black skin individuals, it doesn’t necessarily lead to compromised bone health.25 As the effect of melanin on vitamin D synthesis is still not accurately understood, the current recommendations for black skin is to use SPF 30 and consider the use of supplements.26

One study by Montagna and Carlisle examined the dermis in 38 participants (19 black and 19 Caucasian). Researchers reported black skin has numerous, multinucleated and larger fibroblasts compared to Caucasian skin. This results in more fibres, including collagen and glycoproteins. Additionally, the collagenous fibres are smaller and more densely packed. They run nearly parallel to the epidermis with small proteoglycans between the fibres.27

There are many documented studies on the difference in the glands (eccrine, apocrine, mixed and sebaceous) between different races (28–34) African Americans, African Caribbeans, Chinese and Japanese, Native American Navajo Indians, and certain groups of fair-skinned persons (for example, Indians, Pakistanis, Arabs). However, many of these studies can be criticised for having small sample sizes.

Reviewing the literature shows that there are no differences in the number of eccrine glands. However, in one study by McCance et al. suggested that Caucasian skin has a higher sweating rate compared to black skin. Furthermore, black skin seems to resorb less sodium chloride, so there may be a lower sodium concentration in sweat. There were no other compositional differences found.12,28,35

The mixed glands are known to have a secretory rate 10 times more than an eccrine gland. Most studies on the racial difference in these types of glands had a small population size, so definitive conclusions cannot be made. One study has shown that black skin has an increased number of mixed glands despite significant individual variability in these glands.27

Physiological differences do exist. However, there appears to be a lack of research in some aspects, and a definitive answer still awaits. With the contradictory, outdated evidence and small sample sizes, further research needs to be conducted before firm conclusions can be made. Understanding the unique physiological variables between different skin colours will improve our patient care and service provision as medical aesthetic practitioners.