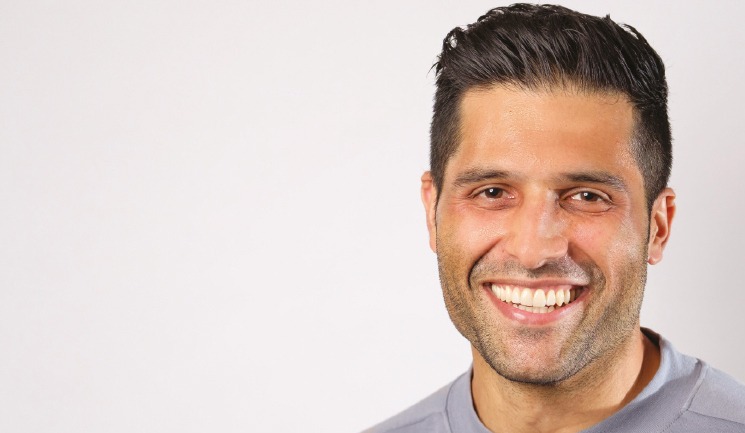 After spending time in the NHS and exploring other avenues outside aesthetics, Mr Benji Dhillon had an unconventional route into specialty. Completing his medical training at Guy’s and St Thomas’s Hospital in London during 2006, Mr Dhillon was transferred to various hospitals in Kent and Sussex to complete his two final medical training years. He reflects, “I did most of my senior house officer plastic surgery and early registrar training at St Thomas’s and The Queen Victoria Hospital. They were amazing years! I worked under a lot of exceptional names such as Mr Paul Banwell and Mr Marc Pacifico. It was a great place to learn, however, it was during this time that I felt the need to explore other industries outside of medicine to further develop my knowledge. This included the world of business and finance which has always been an interest of mine.”

After his training, Mr Dhillon was close to joining a private equity company as a medical advisor, but instead he joined Allergan as a clinical director for Europe, Africa and the Middle East. He reminisces, “It was during this time that I was exposed to the medical aesthetics world. I was responsible for a lot of the training, education, science and data. I began watching other plastic surgeons who practised aesthetics, such as Dr Mauricio de Maio and Dr Arthur Swift and was inspired! I realised it was something that I wanted to try and discover if I was good at it. Soon after undergoing some courses, I started practising injectables in my own time after hours and on weekends, taking my time to develop my skills. It grew from there and within a couple of years, I had the opportunity to join PHI Clinic in London with Dr Tapan Patel. At this point, I knew it was something I wanted to do for the rest of my career.”

As Mr Dhillon’s journey into aesthetics began, his enjoyment and passion for the industry also grew. He notes, “I really enjoyed performing injectable treatments. It’s a blend of anatomy, good technique and artistry. I think you can achieve quick results with fillers which are noticeable. I also loved the impact aesthetics had on patient’s lives! As a result of spending time at PHI Clinic, I was able to advance my skills with Dr Patel.”

In 2019, Mr Dhillon decided to open his own clinic, Define Clinic, in Beaconsfield. He comments, “I lived outside of London and wanted to be a bit closer to home and my family. I felt that Beaconsfield had a perfect market opportunity to create something unique and set up an aesthetics brand. I wanted to bring the world of cosmetic dentistry and medical aesthetics together under one roof with two independent teams. It had been something I had been thinking for a while and it came around at the right time!”

Throughout his years in aesthetics, Mr Dhillon has become a key opinion leader (KOL) and brand ambassador for many companies, as well as speaking and teaching at numerous conferences such as the Aesthetics Conference & Exhibition (ACE). “My career has led me down many different paths which I really enjoy. Currently, I’m very fortunate and humbled to be a part of the International Teoxane Faculty. It’s something I really enjoy, and I think one of the main reasons is that you get exposed to many people, countries and ethnicities, so you learn something new wherever you go! One of the best aspects of teaching is you have to be at the top of your game, so you need to invest into your own personal development by reading and studying to ensure you are at the forefront of your knowledge,” he explains. Mr Dhillon is also an ambassador for CoolSculpting, AlumierMD and Obagi skincare, as well as a KOL for SkinPen, Cynosure, Sciton and miraDry. He adds, “As well as aesthetic companies, I am an advisor for a few financial companies. It is really interesting as you begin to learn about the investment of aesthetics from a commercial perspective.”

Looking back on his career thus far, Mr Dhillon has three pieces of advice for anyone looking to start working in aesthetics. He notes, “Firstly, identify what you want to stand for. Are you going to focus on a certain age group or a certain demographic for example? Know what you aim to achieve for those people. Secondly, remember that you are always going to have to develop yourself! Don’t become complacent. Finally, don’t underestimate the power of mentoring! Learning from someone else can help development and progression.”

Definitely fillers! Jawline contouring with fillers creates a powerful outcome for a lot of people and the results are quick to achieve.

Finding a work-life balance! I finish work earlier now than I ever have as I want to get home to my four kids.