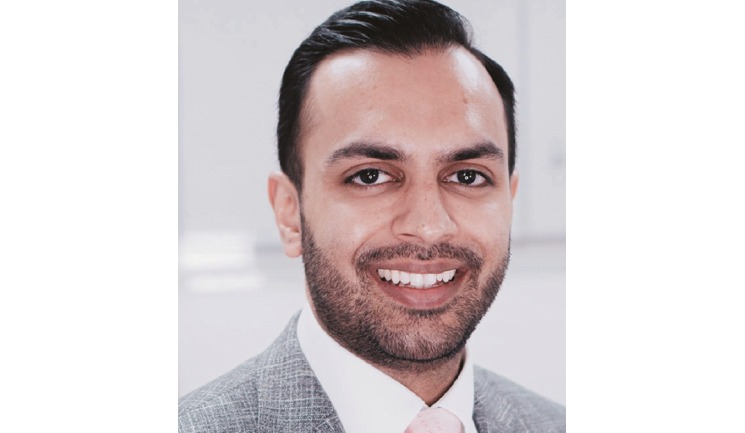 With three clinics in the UK, Dr Munir Somji discovered his interest in aesthetics while training across the globe. In 2012, he became intrigued by aesthetics whilst completing his surgical training in the NHS at King’s College London. During his training, he became interested in hair restoration and travelled to the US to learn more. He reflects, “I coupled my training by using my annual leave and weekends to travel abroad to shadow and educate myself as there was no formal hair restoration pathway in the UK during this time.”

While in the US, he discovered aesthetic medicine and began to take an avid interest. “In the US, it is common for hair restoration to be a part of an aesthetic clinic, so I began to train in aesthetics in Beverly Hills and Toronto with Dr Jones to get certification. I also went to Korea to train in PDO threads, which is known as the thread capital of the world. My ethos was that I wanted to train in places which are known to be the best for each procedure and bring this to the UK!” Dr Somji adds.

In 2014, Dr Somji finished his training and later became a full member of the International Society of Hair Restoration Surgery (ISHRS). In the same year, he launched his clinic Dr MediSpa in Harley Street which specialises in non-surgical, surgical and skin treatments. Dr MediSpa clinic expanded in 2015 to Essex and in 2019 upsized the Harley Street practice to Chiltern Street in London. In 2021 the flagship location in Knightsbridge was opened.

Dr Somji explains, “I established the clinic as I wanted full autonomy and to do things in a different way. I wanted my clinic to be a bright, comfortable place for patients to come to discuss their concerns. At the clinic, we focus mainly on skin, but hair is also important for many patients. As I predominantly treat women, I’ve almost stumbled on becoming a female hair restoration specialist which involves feminising hairlines, making hairlines neater and more appealing and doing eyebrow transplants, as well as hair transplants for men.”

Dr Somji completed a post-graduate certification in clinical education in 2012 at King’s College London. “Having three clinics with more than 30 staff members means we have to be able to teach and talk about treatment protocols. Although we are known for skin, it’s about the whole package. We have other specialists within the clinics for surgical aspects, but I would love to have a clinic with many specialists who treat a variety of different concerns, so we have a broader outcome for our patients,” he says.

Throughout his career thus far, Dr Somji has become a key opinion leader (KOL) for many companies including Alma Lasers, Dermapen, Galderma and InMode. He reflects, “As my background in medicine is mixed, it leads well into KOL roles. I have had media training, which I found extremely useful because I am able to confidently speak on different platforms including TV which is great for patient education on aesthetics. I enjoy working with evidence-based brands such as Galderma where I’ve worked on clinical papers for the efficacy of the treatments. It’s a privilege to be able to speak at global conferences for these brands which I have done recently at Beauty Uncovered LIVE in May and IMCAS in June. I think this is a great opportunity to share your knowledge but also utilise this time to speak with other medical professionals in similar positions and learn from them too. This is where I learn the most!”

Reflecting on his career so far, Dr Somji believes that restoring lost confidence in patients and helping them has been his biggest achievement. He notes, “We’ve won many awards for the clinic, and I’ve won personal accolades, but this isn’t why we do it. Personally, the achievements are coming home and feeling like I’ve made a difference. I have three clinics so technically I don’t need to see any patients, but I do it because I love the job and it’s the positive psychological feeling patients have when they feel good and confident in themselves which is the biggest reward.”

Giving his own advice to people looking to get into aesthetics, Dr Somji notes that training and continual learning is pivotal. “Aesthetics is a fast-moving and evolving industry and protocols can be dropped below gold standard if the correct training and learning is not sought. I also think it’s important to look at medical literature objectively as there is lots of new technology and some isn’t necessarily better than previous treatments, so being able to go through and discover this is essential,” he concludes.