Isotretinoin Use Beyond Acne 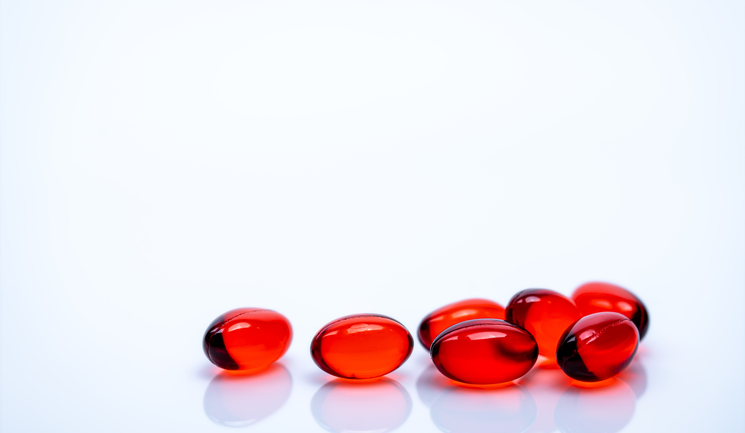 Isotretinoin, also known as 13-cis retinoic acid, is a synthetic drug widely known for its treatment of acne.1 The mechanism of action results from isotretinoin-induced expression of apoptotic protein necrosis factor, and a recent review suggests that apoptosis is the culprit for the multitude of well-known side effects of isotretinoin.2 Cell proliferation is regulated by the activation of specific receptors; the nuclear retinoic acid receptors which isotretinoin binds to and activates. Furthermore, it is said to decrease polyamine synthesis and keratinisation, which contributes to its anti-inflammatory and anti-prolific properties.3 The UK licence for isotretinoin was first established in 2001 with strict pregnancy prevention criteria and regular monitoring of blood tests, namely liver function tests and lipids.4 Whilst widely used in acne, there are a number of other dermatological conditions which respond to isotretinoin which will be discussed in this article.

Hidradenitis suppurativa (HS) is an inflammatory relapsing condition that typically affects folds in the body, such as the axillae and inguinal folds, resulting in sinus tract formations and scarring. In some cases, it can be associated with severe forms of acne. A retrospective review has been carried out assessing the use of isotretinoin for the treatment of the disease.5 Isotretinoin has successfully been used in the management of HS and, in particular, in mild to moderate cases with or without associated acne.6 The effects are likely to be anti-inflammatory, in addition to anti-proliferative. Its use, however, has somewhat been eclipsed given the availability of anti-TNF drugs as a successful treatment in moderate to severe cases.

Isotretinoin has been increasingly used in the management of rosacea as a second or third line treatment with good degree of success and evidence. In general, the doses tend to be lower (0.3-0.5mg/kg) compared to the doses used in acne.

Sbidian et al. carried out a randomised-controlled trial among 156 patients with difficult to treat papulopustular rosacea, comparing 0.25mg/kg of body weight a day isotretinoin use versus placebo, with review at four months. Overall, the isotretinoin group demonstrated higher absolute and relative reductions in the number of lesions (at least 90%), as well as Skindex scores, in comparison to the placebo arm. In addition, quality of life scores, as well as clinical outcomes, were better in the isotretinoin group.11 Low dose isotretinoin with doses between 10-20mg a day were successfully used in papulopustular rosacea patients in another study, with a clearance of 90% in 52 patients.12

Gollnick et al. carried out a study reviewing the use of various doses of isotretinoin (from 0.1-0.5mg/kg) in conjunction with either doxycycline or placebo and found that 0.3 mg/kg of isotretinoin had the most effective outcome in the treatment of rosacea.13 In total, five studies have shown the efficacy of isotretinoin in rosacea.11-15 Caution is required in ocular rosacea due to the drying effects on the lacrimal system, which can contribute to further drying of the eyes.

Isotretinoin has been used – uncommonly – in scarring alopecia cases in the literature. A retrospective study of 28 patients with folliculitis decalvans reviewed which treatment modalities had the best outcome using either clindamycin and rifampicin, clarithromycin, dapsone or isotretinoin. The authors found that isotretinoin treatment was the most successful, with 90% of patients remaining in remission two years’ post treatment cessation.16

A recent case study demonstrated an excellent outcome of isotretinoin at a dose of 0.3mg/kg/day in an 18-year-old male with dissecting cellulitis recalcitrant to multiple antibiotics, clotrimazole and betamethasone. At the four month follow-up there was near complete remission.17 In this case, the authors postulated that isotretinoin reduced the overzealous immune response and thus normalised the skin and follicular apparatus through the anti-inflammatory and anti-proliferative effects of isotretinoin.

Topical retinoic acid is widely used and known as an effective agent in the management of photodamage and photoageing. Oral isotretinoin has been used in the management of photoageing, albeit with mixed results in comparison to topical applications of the drug. Two studies have demonstrated that 20mg of isotretinoin daily does not improve outcome,18,19 whereas one case series demonstrated a statistically significant increase in collagen fibres post treatment with either 10 or 20mg isotretinoin three times per week for three months, with overall skin improvement as a result.20

Isotretinoin has also been demonstrated to have a good clinical outcome in the treatment of warts. Al-Hamamy et al. demonstrated that 73.07% of warts treated for two months with 0.5mg/kg/day of oral isotretinoin resolved, with 78.94% of the cohort found to have no recurrence at four months.21 Another case study using isotretinoin in conjunction with interferon had complete clearance at three months and no recurrence at one year.22 Of note, from my knowledge, topical retinoic acid has been widely used as an adjunct to treat viral warts and prophylactically to reduce recurrence.

Immunosuppressed patients, organ transplant recipients as an example, are at higher risk of developing skin cancers, particularly non-melanoma skin cancers, with squamous cell carcinoma being most common. Retinoids exert a chemoprotective effect, partly due to their anti-proliferative effects. Acitretin has higher evidence of chemoprevention in comparison to isotretinoin in organ transplant recipients, whereas isotretinoin is preferred in xeroderma pigmentosum and nevoid basal cell carcinoma.23 Further studies in this field are required. In a single reported case there was a 70% reduction in the size of a squamous cell carcinoma treated with isotretinoin.24

Side effects and dosage

Common side effects reported with isotretinoin include anaemia, arthralgia, dry skin, dry mucosae and importantly (but rarely) depression. The link between isotretinoin and suicide has not been definitely proven, although, it is likely that in some predisposed individuals and those with a history of psychiatric illness or severe depression, isotretinoin may best be withheld.42

Isotretinoin is a drug widely used by dermatologists in the management of acne. Increasingly, the drug is used in various dermatological disorders beyond acne as detailed in this article. Its mechanism of action is a combination of anti-proliferative, anti-inflammatory as well as sebo-regulatory influences, hence the drying effect observed in the skin with its use. Correct dosing and monitoring is required and it is anticipated that further studies in this field will take place given the rising popularity of its use beyond acne.