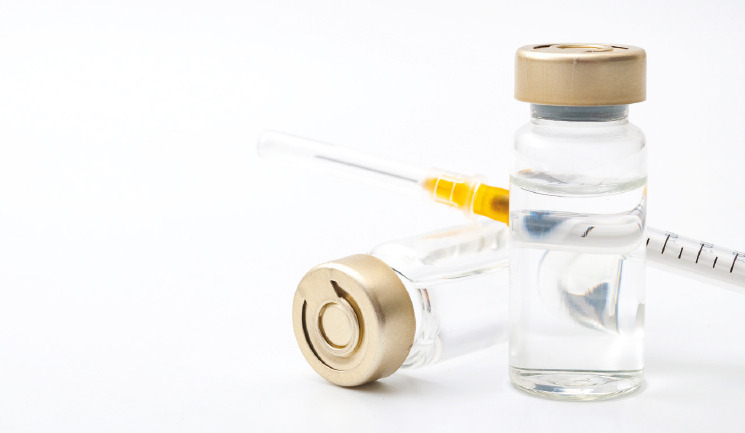 Within the UK, botulinum toxin undergoes strict regulatory protocols to be prescribed and administered to patients. Despite this, ‘black market’ toxin and medicines being bought online and transported from overseas is a common and dangerous act, leaving patients with complications and practitioners with no accountability, according to key aesthetic associations.

Last month, an investigation by The Times found practitioners with no professional medical qualifications used social media to target women and girls for injectable treatments, suggesting the treatments were safe and would enhance their looks.1 Many had been using prescription-only products which had not undergone the safety checks and approvals from the Medicines and Healthcare products Regulatory Agency (MHRA), a legal requirement in the UK.

At one beauty clinic in Wakefield, West Yorkshire, it was reported that a man presented himself as a doctor but was not registered with the General Medical Council. He allegedly tried to convince a female reporter to have 25 injections of an unlicensed toxin product in her face. The investigation also highlighted that non-medical practitioners were using unlicensed brands.1 The current products which are licensed and available in the UK are Azzalure, Bocouture and Botox, with more expected to be available later this year.

In December, Aesthetics reported on remote prescribing after an investigation exposed four medical professionals running side-line businesses in which they prescribed botulinum toxin for patients they’d never met.3 Two months later, further reports suggest unlicensed botulinum toxin is being purchased and used on patients, so how has this been allowed? Professor David Sines, executive chair and registrar of the Joint Council of Cosmetic Practitioners (JCCP), explains, “As we know, unlike other countries, the aesthetic industry in the UK is completely unregulated, which is why such reports are rife. One of the key activities that the JCCP has engaged with has been the publication of best practice guidelines for prescribing practitioners in 2019.4 A major issue highlighted in The Times report is that a significant number of people are obtaining medicines online in the form of parallel imports which have bypassed the MHRA licensing requirements or are using products which have been prescribed by a third party which goes against prescribing regulations.” Dr Uliana Gout, president of the British College of Aesthetic Medicine (BCAM), agrees with Professor Sines, commenting, “The College strongly feels that this investigation has exposed a practice that we know is going unchecked and is putting members of the public at risk. Immediate government action is needed in this virtually unregulated sector to protect the public from serious harm by limiting the use of these products exclusively to regulated healthcare professionals.”

Sharon Bennett, the chair of the British Association of Cosmetic Nurses (BACN) and Clinical Lead of the Aesthetics Clinical Advisory Board, welcomes the undercover report exposing unlicensed botulinum toxin being administered. However, she doesn’t believe it is enough. She adds, “The undercover reports are welcomed because they again highlight the dangerous lack of regulation, but unless the practitioners are held to account, which they often aren’t, reports like this won’t stop them continuing this terrible practice.”

Will the new Health and Care Bill help?

Currently, a Health and Care Bill is progressing through the House of Lords supported by Secretary of State for Health and Social Care Sajid Javid and member of the House of Lords Syed Kamall.5 The Bill details the future of the NHS within the UK with the final Royal Assent stage to take place in July. The JCCP has partnered with a range of organisations including the Chartered Institute for Environmental Health, the Royal Society of Public Health, and the Institute of Licensing with the aim of reaching an agreement on how to introduce a new system of regulation for the aesthetics sector. Professor Sines expands, “In our 10-Point Plan and the recent All-Party Parliamentary Group report published in July 2021, we said that a new system of licensing should be introduced in the UK for all invasive aesthetic treatments that carry the possibility of risk to members of the public.6,7 For example, injectables such as botulinum toxin and dermal fillers, invasive lasers, platelet-rich plasma, vitamin infusions and cryolipolysis.”

Working alongside a range of professional associations, the JCCP saw the Health and Care Bill as presenting a pivotal opportunity to address the need for regulation in the aesthetic sector, particularly with its emphasis on patient safety and regulation. “Together we formulated and proposed Amendment 2660 to this Bill last year and requested the Government and both Houses of Parliament to consider this with the aim of embedding an enforceable system of licensing within the Health and Care Act. Within the Amendment, we have called for a national system of licensing for invasive cosmetic treatments, underpinned by mandatory standards for education and training, qualifications and competency requirements for the practitioners relative and proportionate to risks involved with the procedure being performed, as well as to provide clarity on the regulation of mobile or home-based practitioners. Other requests were to ensure that all practitioners possess appropriate levels of medical indemnity insurance and access to redress schemes for members of the public, ensure all medicines, devices and products used are appropriately and legally sourced, periodic checks of premises and evidence that practitioners engage in continuous professional development.”

Professor Sines says the Amendment will be voted on before Easter. He adds, “If it is approved, we expect it to be a legal requirement for all aesthetic practitioners to be licensed within two to three years of the implementation of the new Act. We need a few years for the standards to be written and for people to have the chance to achieve them. We hope this can be accomplished in 2025.” Bennett highlights that a duty of care should be upheld among regulators, and this has not been achieved thus far. She comments, “I think the requests by the JCCP are essential, especially in that the invasive treatments should be only delivered by healthcare practitioners. However this is only a recommendation. My view is that regulators must be seen to take ownership of their registrants who are delivering aesthetic medical treatments in private practice, and this should be extended to define or signpost to aesthetic practice standards, competence, additional qualifications and training in medical aesthetic treatments. If this happened, alongside the JCCP recommendation, there would be little need for the Bill.”

Bennett also believes that one limitation to the Health and Care Bill is that there are few representatives who understand the aesthetics specialty and therefore the requirements in aesthetics. She notes, “I welcome the fact that at last the Government have recognised the importance of legislating in the area of non-surgical aesthetic treatments. However, this is a highly complex area and I would encourage the Government to involve directly the full range of medical aesthetic specialists in the design and implementation of any licensing system. The importance of consulting with medically relevant specialists cannot be underestimated with a true understanding of what is required to deliver a full and safe medical treatment. I would accept a licensing scheme only if the high-risk injectable treatments are recognised to be the medical treatment they are, but then the argument might be that a licensing scheme shouldn’t be necessary. The British Standards Institute produced a non-surgical aesthetic standard. Within this standard it has a risk table for all procedures.8 The administration of injectable fillers is considered risk level D (with risk level E being death!). I believe this document should not be ignored by those trying to legislate in an area they have no depth of knowledge in.”

Despite the Health and Care Bill progressing through Parliament, regulation and standards might not be achieved soon, and could take a few years to be consolidated. Bennett concludes, “The aesthetics specialty has got a long way to go in terms of patient safety and regulation in the UK. In the meantime, if you are aware of unlicensed products being used, then the MHRA should be notified either through a phone call or via the Yellow Card Scheme. If it is a medically-qualified practitioner, then the appropriate regulatory council should also be made aware. I understand that there can be limited concrete evidence, but it is important and they have a duty to act. Another option is to contact the JCCP or Save Face who can collect data and contact the practitioner’s regulator for you.”