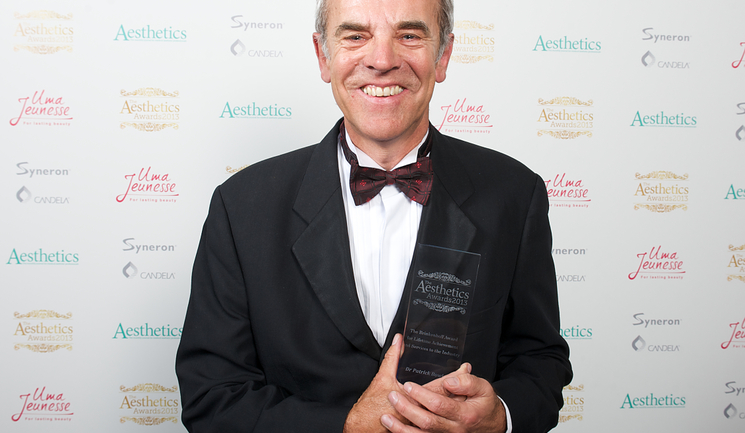 Dr Patrick Bowler reminisces about the beginning of the aesthetics industry, its development in the UK, and how he proudly formed the British College of Aesthetic Medicine

“Once you have an idea in your mind, you need to pursue it and stay focused”

When Dr Patrick Bowler began his journey into the virtually non-existent aesthetic industry almost 28 years ago he had no idea where the future would take him. He explains, “I trained at the Royal London Hospital in White Chapel and eventually became a GP in Brentwood in Essex for about 15 years, where my main interest was dermatology.” At the time, Dr Bowler says, the NHS was in a crisis because patients were receiving favourable treatments depending on their postcode and he felt that he didn’t want to continue to explain government policy to patients. “My lovely wife had a magazine and it was talking about collagen injections in the US. She said, ‘I think this might be interesting,’ so I went on a collagen training course which was run by an American company in the UK.”

The training involved using collagen fillers that were derived from the skin of cattle (bovine). “It was the first training in the UK that related to aesthetics. It was only me and a few other doctors, there weren’t many of us.” After the training, Dr Bowler bought the necessary material and, unlike marketing typically used in today’s practices, he says, “I put an advert in the local paper and the phone started ringing – it was ridiculous, it just kept ringing.”

Dr Bowler was the first in his area to offer these kinds of non-surgical treatments and found there was a huge market for women who didn’t want to have surgery. “There was a very restricted menu of treatments available – the fact that these women kept phoning was an eye-opener for me; that was why I decided I was interested in aesthetics.”

Gradually, Dr Bowler built up his practice to the point where he was able to leave the NHS and in 1987 set up his first private practice. In 1998 he opened a clinic in an old Victorian courthouse in Brentwood, naming it Courthouse Clinics, which has grown to encompass 11 branches nationwide, winning The Swisscode Award for Best Clinic Group UK and Ireland at the Aesthetics Awards in 2015. He explains, “In the beginning it was a very isolated existence. For practitioners that were involved in aesthetics, there was nobody really to speak to if you wanted some advice or if you had any problems; it was a very lonely path to begin with.”

One big industry change was the increase in the number of practitioners of various backgrounds who now perform aesthetic treatments, which Dr Bowler says was seen from around 2005 onwards. This was mainly due to the increase in media interest, driving more public awareness of the non-surgical approaches for looking younger. “One of the things I was quite pleased about was when Dr Rita Rakus and I were feeling lonely 16 years ago so we got together to talk about the industry and formed the British Association of Cosmetic Doctors.” The association, now known as the British College of Aesthetic Medicine, began with around 26 members in 2000 and has grown to more than 350 members. This has been one of Dr Bowler’s proudest achievements. “Of course you have to be modest about these things but I think the thing I am most proud of is getting the association going to provide education and the possibility to network for doctors in the UK; I am very pleased with how its turned out. When I go to meetings now, and sit at the back, I look at two or three hundred people and remember that was a result of some early thinking and deciding to get something happening.” At its early inception, the main issue the association was facing was revalidation for cosmetic doctors. Today, with the lack of regulation still regarded as a major concern in the aesthetics industry, Dr Bowler wishes he did more about it earlier. “Looking back at my career now, this is one of my regrets – that I didn’t force that issue more with the authorities. The market is basically unregulated and I think why or how did that happen?” Dr Bowler has recently retired from clinical practice, but is still the director of Courthouse Clinics and works hard to ensure that treatments on offer are as safe as possible for the patient through conducting regular audits and monitoring patient case studies.

“I hung my needles and lasers up in June 2015 and there wasn’t any regrets because I had been doing it for a long time. Other than my work at Courthouse, I have a big family – I have a house in France and I enjoy art, I like to paint a bit,” he says.

For newcomers to aesthetics Dr Bowler recommends, “Under promise and over deliver. Give people realistic expectations of what the outcome is likely to be because if you are promising the earth and you can’t produce it, you’re going to get many disappointed patients. If you can do that little bit extra then they are delighted.”

What treatment or technology do you most enjoy?

Terrible lip jobs particularly in older women with the top lip being bigger than the bottom – I think who the heck did that? Why would you want to look like that?

What is your best advice to give others?

There is always going to be winds that push you off course but once you have an idea in your mind, you need to pursue it and stay focused.

What do you think the industry will be like in 10 years?