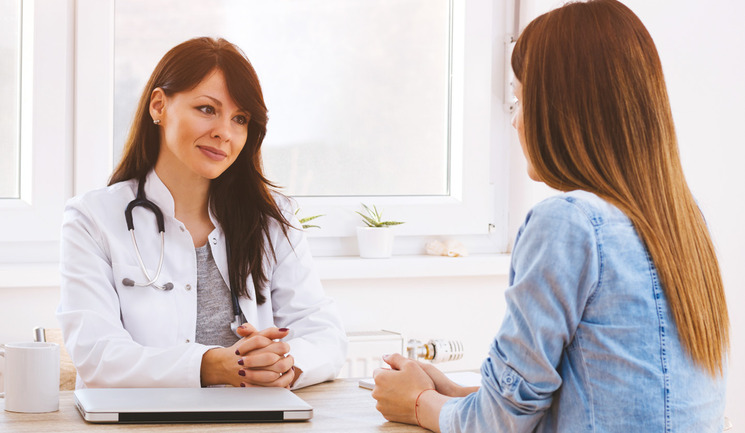 If you ask what hypnosis is, you may get a variety of different answers. Often, it’s thought of as some sort of ‘mind control’ where the hypnotist directs the person to change and overrides their free will. Others think that hypnotherapy is for entertainment purposes only at the local theatre. What most patients and clinicians alike don’t seem to know is that hypnosis can be effective in pain relief and even phobias, which are issues commonly seen in aesthetic practice.1-3 This article aims to help practitioners understand the possibilities of hypnosis in an aesthetic setting, and to update you on a service that could be valuable to your patients.

Defining hypnosis, to this day, is still a matter of some controversy. Hartland’s Medical and Dental Hypnosis is a well-known book or ‘bible’ that discusses 10 different explanations for the nature and theory of hypnosis.4 According to The European Hypnosis Society, which is supported by 14,000 doctors, dentists, psychiatrists, psychologists and psychotherapists, hypnosis is a ‘Communication method that allows a person to enter an altered state of consciousness’ and is a ‘State of altered awareness promoting enhanced concentration and allowing a deepened relaxation to be experienced at the same time. During the hypnotic induction, awareness is gradually directed from the outer world to the inner world, and it becomes considerably easier to focus on significant aspects of the inner world in a relaxed, mindful manner’.4,5 The effectiveness of hypnosis is well established. The British Medical Journal (BMJ) has recent publications confirming that cognitive behavioural hypnotherapy was 70% more effective than cognitive behavioural therapy on its own in both outcomes and long-term remission in a meta-analysis of 18 studies.6,7 The BMJ has also credited the success of hypnosis in some of the most treatment-resistant psychiatric disorders such as phobias, body dysmorphic disorder, eating disorders and substance abuse, as well as demonstrating success in helping people with low self-esteem and motivational issues.8

How does hypnosis work?

There are different types of hypnotherapy and different ways of hypnotising someone, which are too complex to be discussed in detail. The common techniques are relaxation and focused attention techniques, however hypnosis uses a plethora of other techniques such as ego strengthening, confusion, dissociation, distraction, reframing, future pacing, metaphors, therapeutic storytelling and anchoring.9-12

Through the hypnotherapy technique, the hypnotherapist may (but not always) lead the patient into a deeply relaxed state or ‘trance’. When they are in a trance, they are very relaxed, have an altered sense of reality and have a distorted sense of time. The hypnotherapist will then normally suggest ways to help the patient towards achieving their goals while they are in this trance, and then gradually bring the patient out of the relaxed state.13 One of the factors in hypnotic trance is time distortion. Have you ever driven to work on your day off? Have you ever gone by an exit you meant to take on the motorway? Do you daydream and wonder where the time has gone? These are all examples of trance usually with time distortion and deletion. When I say deletion, I mean ignoring all the other things going on around you while your focus is elsewhere. The simple truth is that hypnosis is a natural state and we go in and out of trance automatically and frequently every day without realising it.14 This car example is known as ‘wide awake trance’ because you are still able to do conscious things like drive without crashing.

Research has shown that hypnosis activity occurs in the anterior cingulate cortex, superior frontal cortex and thalamus.15,16 There is research that shows changes in electroencephalography brain-wave patterns during the trance state no matter how ‘deep’ and these changes can vary depending on whether the person goes into a deep trance (highly hypnotisable) or a very light trance (low hypnotisable).17 Hypnosis involving a trained professional and a patient involves teamwork where there must be trust, good rapport and a common goal to improve the life of the patient. Only in these conditions will therapeutic hypnosis be successful.

Altering perception of pain is one of the most common uses of hypnosis and research is available to substantiate its use for pain relief in burns, surgery and many other situations.18-20 A 2019 systematic review and meta-analysis of 85 controlled experimental trials, consisting of 3,632 participants, suggested that hypnotic intervention can deliver meaningful pain relief for most people and therefore may be an effective and safe alternative to pharmaceutical intervention. However, authors did note that more high-quality data is needed to establish generalisability chronic pain populations.21

Personally, I have used hypnosis to control my pain for both during and after two caesarean sections rather than opting for pain-relief medication. A methodological review on the efficacy of hypnosis for reducing labour and delivery pain, using 13 relevant studies, suggested hetero-hypnosis and self-hypnosis were consistently shown to be more effective than standard medical care, supportive counselling, and childbirth education classes in reducing pain.22 I also had an endometrial polyp biopsied under self-hypnosis when this would have normally involved general anaesthetic.23 Aesthetic patients are usually not subject to extreme pain. However, everyone has a different level of pain threshold and perception of pain, so hypnosis techniques can be useful for those who are more susceptible. They can also be useful for those who do not believe in pain relief and would rather not have anaesthetic before their dermal filler, for example.

I have treated a lady’s pain using ‘the glove hand anaesthesia technique’.24,25 This technique involves an initial hypnosis session where the patient is given a simple suggestion that they can cool their hand down at any time they want to so that it becomes numb. You then suggest that the patient can transfer that numbness to any part of their body. In this case, it was the patient’s lips and consequently she had her lip injections done with no anaesthetic injection or cream and no pain. She now ‘freezes’ her lip before she comes in for treatment. This technique can be useful for any injection, particularly in botulinum toxin treatment for hyperhidrosis of the palms of hands and soles of feet, which are very difficult and painful to anaesthetise.

Hypnosis has been successfully used for those suffering from phobia, such as flying phobia,26 tocophobia,27 dental phobia and needle phobia.29-32 I often address issues surrounding needle phobias with hypnosis and it’s usually an easy solution.

Phobic patients are able to suspend normal critical and logical processing and believe that something, often quite non-threatening, can be terrifying. Most phobias are complex, but have similarities in that the phobia is a symptom of underlying issues which can be, but not always, rooted in traumatic experiences, which may have occurred many years before and sometimes without any conscious memory.33 For needle-phobic patients, I find hypnosis can be useful when combined with the ‘breaking state’ technique from neuro-linguistic programming.34 The idea is to get the patient out of the negative state of worrying about the needle and into another state. It’s a distraction and dissociation hypnosis technique. In my experience, this technique only works if you have built good rapport with the patient. It might involve telling the patient a story that contains a lot of detail and often humour for them to process, which can in fact put them into a very light trance where they are wide awake, similar to the car driving example. If it has worked, they will be deleting everything else that’s going on around them and focussing their attention on one thing, which is the story or metaphor and not their needle phobia.35

Of course, like anything, you should seek training in hypnotherapy before using on your patients. The British Society of Clinical and Academic Hypnosis and the Royal Society of Medicine runs a certificated course for doctors, dentists and nurses.36,37 The British Society of Medical and Dental Hypnosis Scotland, also run courses on hypnosis.38 Alongside this, I have undergone training in neuro linguistic programming, and this has been an extremely useful addition to my hypnosis training.

Hypnotherapy can be used as an alternate therapy in many parts of your clinical practice as well as your personal life. I have found that it’s an especially useful tool for pain management and needle phobia and is something that I use regularly in my practice.