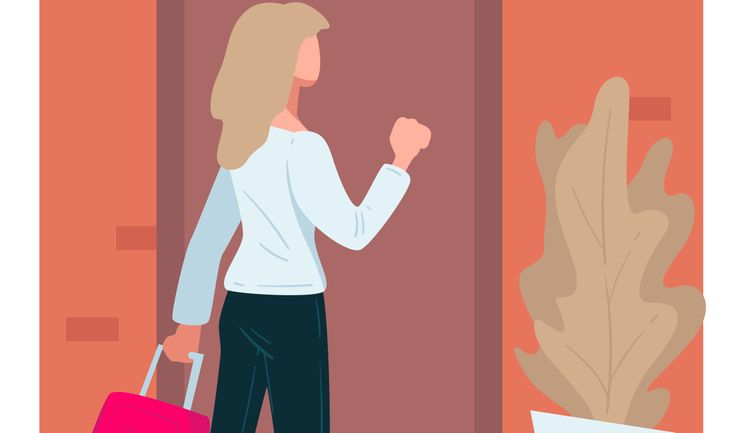 Over lockdown, independent accreditation body Save Face received almost 100 complaints about practitioners flouting Government rules by performing private procedures in homes, as an alternative to clinic settings.1,2 Not only was this a cause of concern due to the ongoing pandemic, but it also necessitated associations to highlight the risks involved with performing procedures in a non-clinical environment.2

These concerns are not new, with medical professionals having previously warned about the various dangers of mobile appointments. In 2014, the Royal College of Surgeons published Professional Standards for Cosmetic Practice, stating that practitioners should not undertake any procedures in unlicensed premises such as, but not limited to, domestic settings and that they should only practice if the premises meet the standards of the licensing body.3 The NHS also advises potential patients to avoid mobile services where procedures take place in homes or hotels.4

Last year, 41% of 1,617 complaints received by Save Face were a result of issues caused by mobile practitioners, while 33% of treatments resulting in complications were recorded to have happened in domestic settings. Although the majority were associated with beauticians, hairdressers and laypeople, medical professionals were also guilty of moving from home-to home in order to perform treatments.5

Last month, the Chartered Institute of Environmental Health (CIEH) released two reports on the regulation of cosmetic treatments in the UK, alongside the Institute of Licensing, providing recommendations for the Department of Health and Social Care (DHSC) based on a survey of 258 professionals in England involved in an environmental health or licensing capacity. Those in Wales, Scotland and Northern Ireland were not surveyed. The report suggested that the DHSC should introduce legislation that requires mandatory licensing of all cosmetic treatments, introduce legal age limits for all invasive cosmetic treatments and that they should carry out an integrated public awareness campaign.6,7

One other suggestion put forward by the CIEH was that the DHSC should introduce new legislation to enable local authorities to take action on mobile practitioners performing cosmetic treatments that penetrate the skin, such as dermal filler or botulinum toxin. The report states that some of the most serious complaints received by local authorities were concerned with practitioners operating on a mobile basis or from domestic premises, and 71% of the survey participants believe that the inclusion of mobile practitioners within the regulatory regime could improve the regulatory system.6,7

At the moment in England, practitioners who do not operate from a permanent work premise can be registered under the Local Government (Miscellaneous Provisions) Act 1982. However, The Health and Safety Executive (HSE) is the current enforcing authority for home and mobile practitioners. This means that local authorities have limited powers to investigate and take action on practitioners operating from their home or on a mobile basis.7 The CIEH states in its report that it is currently not aware of HSE taking any enforcement action against any recorded complaints regarding cosmetic treatments performed in the home.7

With mobile practitioners causing a high percentage of problems throughout the UK according to Save Face,5,7 Aesthetics asks the question: is it enough to enable local authorities to intervene or should there be a greater push to have mobile practice banned altogether?

The potential problems with mobile working

Emma Davies, clinical director of Save Face, says the association is constantly being made aware of the dangers surrounding mobile practitioners. She says, “Almost half of the complaints Save Face received last year were because mobile practitioners could not follow the correct safety protocols – how can they when there are so many factors out of their control? How can infection control be managed? The patient might have kids or pets running around the house which can not only distract the practitioner from performing a safe treatment, but poses a hygiene risk. There might also be bad or inconsistent lighting so it’s harder to see injection points or there might not be appropriate facilities available to aid a complication should it occur.”

She continues, “The reality is that we see a lot of doctors, dentists and nurses who go from home to home doing their treatments, and there is a misconception that their medic status makes it safe. A lot of patients who complain to us state that they assumed it would be okay to have the procedure carried out in their home because it was being administered by a healthcare professional. However, this isn’t the case.”

Like Davies, Professor David Sines, chair of the Joint Council for Cosmetic Practitioners (JCCP), believes that the reason mobile workers pose a significant safety risk is because of the potential for low hygiene in the premises, as well as the lack of general oversight and support.

He says, “It shouldn’t be overlooked that going from home to home may put the healthcare professional in danger too, as they never know for sure what they’re walking into. There is a lot that can go wrong, and this is on top of all the usual risks involved with aesthetics. The industry needs greater regulation overall to ensure the safety of both patients and practitioners.”

I think in general it’s something that can be swept under the carpet as there is no real way of tracking it. Like the rest of the aesthetics field, it isn’t an area that is regulated, meaning there is an absence of data that reminds people of the real extent of the problem.

He continues, “What we view as important is that all practitioners are following the same codes of conduct that they would in a clinic. Mobile working has never been something raised to Hamilton Fraser from associations in the industry, so it’s not a problem that gets brought to our attention. I think the bigger issue that needs to be tackled is separating medics from non-medics, making it stricter on who can and cannot perform aesthetic treatments in a mobile setting.”

Professor Sines believes that the lack of conversation on the topic may be due to mobile practitioners being overlooked in industry conversations. He comments, “The problems surrounding the dangers of mobile practitioners are continually on the JCCP’s agenda as an area of concern. However, I think in general it’s something that can be swept under the carpet as there is no real way of tracking it. Like the rest of the aesthetics field, it isn’t an area that is regulated, meaning there is an absence of data that reminds people of the real extent of the problem.”

What help would the recommendations be?

With the recommendations set for local authorities to take action on mobile practitioners performing cosmetic treatments, it’s down to the DHSC to decide whether to put them into action, but will they make any difference?

While Davies sees the CIEH recommendations as a positive attempt to shed light on and regulate home injecting, she doesn’t believe enabling local authorities to intervene has the ability to create change and calls for a greater action. She comments, “One problem with saying that local authorities can intervene is that, a lot of the time, these mobile practitioners don’t even give their full names, real names or proper contact details. A patient might get a number, but if there’s an issue I have heard many stories of them getting blocked or the number will be changed. It makes it very difficult to track someone down. The bigger issue is that although local authorities could do inspections under the new recommendation, they would be unable to check every single home that the practitioner will go to, or has gone to, so something more needs to be done.”

Davies proposes a blanket ban, making it illegal for mobile practitioners to perform treatments such as injectables in their patients’ homes. “Of course, making it illegal doesn’t mean that it will never happen. It’simpossible to say it would be gone forever, but what it would do is make the public much more aware that this isn’t something they should be investing in. Once they know it’s illegal, it should deter them,” Davies adds.

Copsey believes the recommendations set out by the CIEH will aid in the distancing of the beauty sector and the medical aesthetics sector. He says, “As a company, we support anything that makes the industry safer. If local authorities are able to get involved, nonmedics who are performing on a mobile basis are more likely to be investigated.”