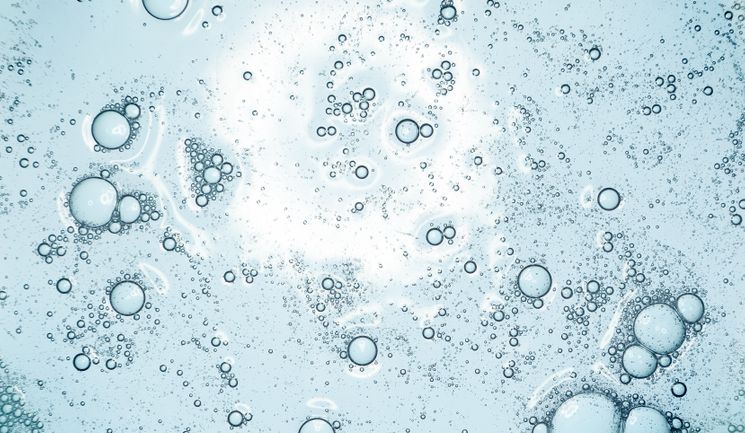 Hyaluronidases are a family of enzymes which are able to degrade hyaluronic acid (HA);1 a glycosaminoglycan molecule of the extracellular matrix (ECM) and the main constituent of many dermal fillers.2 Long before HA fillers became popular, hyaluronidase had been used for many other applications within medicine.3,4,5 Its use for correcting problems secondary to dermal filler is off-label, and much of the safety data we have is based on its uses from other areas of medicine. In this article, we aim to summarise the other uses of hyaluronidase within medicine in order to improve aesthetic practitioners’ understanding of how the drug works.

Hyaluronidase is an enzyme which is considered a ‘spreading factor’5 as it degrades HA, which is an essential constituent of the ECM. It was initially discovered in 1929 by Dr Francisco Duran-Reynals, a doctor from Barcelona who became well known in the field of experimental pathology.6 It had been found in certain strains of streptococcal bacteria7 and as HA was found to be its primary substrate, it was named hyaluronidase. Hyaluronidase leads to the degradation of HA by hydrolysing the disaccharides at hexosaminidic β-1 through β-4 linkages.8 There are several sources of hyaluronidase, and they are generally divided into three subgroups: mammalian (obtained from the testis), hookworm/leech and microbes.9,10 Recombinant human hyaluronidase is now available (Hylenex), and has a purity of 100 times higher than some of the bovine preparations.11 The long-term data for this product is awaited, however it is speculated to have a lower incidence of allergic reactions.9 The current hyaluronidase available in the UK (Hyalase) is available in a 1500 international unit ampoule of powder for reconstitution and is of ovine (sheep) origin.12

Within aesthetics, hyaluronidase is widely used off-label for dealing with a variety of HA filler-related complications, including vascular occlusion, nodules, lumps and poor cosmetic result such as overtreatment, asymmetry or Tyndall effect.12,13

Vascular occlusion secondary to HA filler can be relieved by injecting hyaluronidase. This recommendation forms part of the Aesthetic Complications Expert (ACE) Group guidelines for the management of vascular occlusion.14 Whilst this is an off-label indication, there is a wealth of evidence in the literature supporting its use in this situation to prevent tissue necrosis.15-19 ACE guidelines also support the use of hyaluronidase in other non-emergency situations related to HA filler, where it is in the patient’s best interest, and the patient has agreed to the treatment as part of the informed consent process.12 Hyaluronidase is often considered the quick solution to many filler complications, however we ought to remain mindful that the use of hyaluronidase is not without risk, with bruising, swelling and allergic reaction all being reported possible complications.20

As well as in relation to filler, in the past there has been interest in whether hyaluronidase can be used to treat cellulite. It has been suggested that intradermal mesotherapy use of hyaluronidase can aid in reducing its appearance. It was initially thought that fibrosclerosis of the tissues contributed towards the development of cellulite,21 and interest in the use of hyaluronidase as a ‘spreading factor’ grew. The pathophysiology of cellulite however, remains largely unknown, and there is a lack of studies demonstrating a beneficial effect through treatment with hyaluronidase.22

As a ‘spreading factor’, hyaluronidase’s action to degrade HA in the ECM has long been utilised as an adjuvant treatment. By rendering tissues more permeable to injected fluids, it can aid the spread and effectiveness of local anaesthesia. In particular, it has been used for decades in ophthalmic surgery to aid anaesthesia and akinesia.24,25 This use is becoming less popular, with a recent Cochrane review concluding that the beneficial effect of adding hyaluronidase to ophthalmic local anaesthetic is uncertain due to the low quality of evidence available.25 The authors did, however, also conclude that there was no harm attributed to the use of hyaluronidase in any of the studies, which is also an important finding in terms of considering the safety of its use.26

Hypodermoclysis or subcutaneous infusion of fluids is a method of providing hydration, and is often used as an alternative to intravenous (IV) infusion in patients where IV access is difficult, such as in elderly care or palliative medicine.26,27 It is thought that the addition of hyaluronidase to subcutaneous hydration may aid in enhanced dispersion and absorption of the fluid.28 The benefits of its use are also still widely debated, with no conclusion that its use is justified.29

Extravasation injury can occur if an infused drug leaks out of a blood vessel into the surrounding tissue during IV infusion.30 Hyaluronidase is currently recommended for extravasation of certain cytotoxic drugs such as vinca alkaloids.31 It is suggested to help treatment of such injuries by facilitating drug diffusion and dilution.27 This ability as a ‘spreading factor’ is why it is also used in the treatment of haematomas, by facilitating the absorption of the haematoma through lymphatic vessels and capillaries as a result of the increase of local intercellular permeability.32

Due to its action on the ECM it is thought that there is high potential in medicine, surgery and aesthetic medicine for future uses of hyaluronidase.8 Further research is still required to elucidate the exact mechanisms of HA catabolism within the ECM.8 An example of a new potential use within medicine is its role in cancer metastasis and therapy. Novel non-invasive tumour imaging using hyaluronidase activity as a marker of tumour aggressiveness is being investigated.33-34 Over the past few years it has been shown that the combined overexpression of HA synthesising enzymes with hyaluronidases confers tumorigenic potential.34 The degradation of high molecular weight HA-generated proangiogenic breakdown products.33 Thus, by expression of hyaluronidase, tumour cells can influence the angiogenic balance of their microenvironment.33 As hyaluronidase activity correlates with progression and metastatic spread, detecting hyaluronidase activity by magnetic resonance imaging (MRI) can be useful in investigating tumour aggressiveness.33

There is future potential for hyaluronidaise

The rising popularity of HA fillers within the aesthetic industry has led to the increase of use and interest in hyaluronidase. As an off-label indication it can successfully be used in emergencies such as vascular occlusion, as well as correction of HA filler-related complications, such as delayed onset nodules or poor cosmetic result correction. It acts as a ‘spreading factor’, degrading HA in the ECM allowing increased permeability of the ECM for other medications. Before its popular use in aesthetics, it was used in other fields of medicine such as anaesthetics, ophthalmology and oncology. Further studies to elucidate its exact mechanism of action within the ECM are needed, and it is anticipated that hyaluronidase will have many future potential uses across a variety of medical specialities.