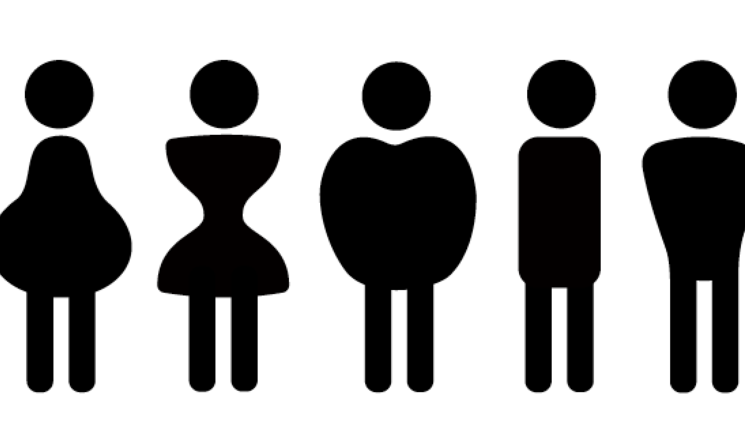 In the last twenty years, body image in the media has changed focus from labelling ‘the perfect body shape’ as a slimline hourglass to accepting a wide variety of different body types such as the pear, hourglass, apple, ruler and inverted triangle. Inspirational for its time, personal care brand Dove led the forefront of awareness by promoting different shaped women under their ‘Real Beauty’ campaign back in 2004.1 It is widely accepted that adopting a regime of eating healthy and exercising is regarded as the most effective way to maintain your body sculpture. Yet, science says that following a strict diet cannot always eliminate stubborn fat. In fact, 98% of women express lower-self-esteem, confidence and happiness with increasing stubborn fat concerns.2

Body contouring technologies within the aesthetics specialty have addressed these concerns, by developing newer technologies, diversified to tackle a variety of body shapes. Traditional liposuction remains a popular choice among consumers but requires surgical procedures which carry downtime and more risk of complications. Yet, many consumers opt for non-invasive options using a plethora of treatment approaches, including cryolipolysis, laser lipolysis, ultrasound and radiofrequency. For each of these modes, there is a range of different machines to choose from. There are also considerations on how to effectively deliver the treatments based on individual fat distribution and body type. A tailored approach may be required when providing the same treatment across different patient somatotypes.3

Early in the 1940s, William Herbert Sheldon3 categorised human physique into three different somatotypes; ectomorph, endomorph and mesomorph. Ectomorphs are the characteristic ‘skinny boned’ shape depicted with narrow shoulders, hips and chest. Famous for their super-fast metabolism, patients of these types have lower body fat than endomorphs or mesomorphs. However, typically, ectomorphs are viewed as less feminine, as rated in one study assessing gender stereotypes, published in 1989.4

At the opposite end of the spectrum are endomorphs, often similarly pear-shaped, victim to uneven muscle and/or fat distribution. Their legs tend to be thinner, with lightly-muscled bodies and higher amounts of fat in the hips and thighs. Mesomorphs, split between an endomorph and ectomorph are well-built, with larger muscle mass. Patients with this body type are built for muscle gain, however if they slip into a sedentary lifestyle they can gain weight quickly.3,4

The majority of patients present as a combination of different types. However, in recent years, types have expanded into specific body shapes; pear, apple, inverted triangle, hourglass and ruler. Normally, we assess the patient’s body type visually and by taking measurements. Based on my clinical experience there are many different concerns depending on the patient’s body type and shape. As ectomorphs are thin, with the least distribution of fat in their arms, hips and legs, it is therefore best to avoid origins of low fat and focus on the buttocks. I have found that many patients of this type report less satisfaction with a less-rounded buttock. Interestingly, there is a current boom in buttock-lifting procedures, by 500%, as more women seek methods to achieve that fuller, ‘sexier’ look.5 Endomorphs are often abnormal in their body weight and usually, fat distributes unevenly, with a bulkier chest appearance. One common concern is ‘bingo wings’ and, in my experience, most over 40 year olds are unsatisfied with stretchy skin in the underarms. Current evidence suggests metaphoric patients have the highest chance of becoming obese, and other evidence suggests a sedentary lifestyle causes fat distribution in all the different somatotypes.2,3

Within clinical practice, I always consider the varying somatotypes to ensure the most optimal, natural and satisfying results when selecting the best technique for weight loss.

Personalised therapies within the aesthetic industry are highly desirable, as a tailored approach identifies individual differences and stubborn fat distribution. Upon considering different body shapes, identification of different types of fat is critical, either subcutaneous or visceral. Subcutaneous, as the name suggests, sits under the skin while visceral fat acts as an organ insulator.

Higher accumulation is determined by a variety of factors including genetics, gender and body shape. For example, apple-shaped bodies, a combination of endomorph torsos and ectomorph lower bodies can exhibit more visceral fat in the abdominal region than other somatotypes. From here, multiple treatments are discussed with each patient during a consultation for subcutaneous fat.

Cryolipolysis operates by cooling adipocytes (fat cells) using a cup-shaped appliance that targets fat areas for 45 minutes. Studies reported a 25% decrease after one treatment with improvements in fat reduction seen in 86% of treated patients.6 A clinical study using twenty females with excess arm and inner thigh fat received six months of treatment using cryolipolysis. Interestingly, most patients were satisfied with results at three and six month follow ups after treatment. There was no statistical difference in the body weight of these participants, but a reduction of 0.87-1.52% was observed in their arms and thighs, post three to six months. This study reported adverse side effects from 34 treatments including pain, uncomfortable sensation when touched (dysesthesia) and discolouring of the skin (purpura). Although cryolipolysis is highly effective for larger body frames, concerns may arise in some cases, as mentioned in this study.6

Light-based laser technology is also an alternative, which is devoid of any injections or penetrations to the tissue. In 2017, a clinical study7 reported an average fat thickness reduction of 14-18% from as early as two months. Significant fat volume reduction was measured by magnetic resonance imaging (MRI) with decreases at three to six months, which is nearly 21-24%.

Within this study, patients self-reported higher measures of self-esteem, with blinded photo evaluations, revealing improvements from as little as one month, post treatment. Additional research identified histological changes of the skin, reduced inflammation, with an increased macrophage production, which are the cells responsible for destroying dead cells.8 Common concerns from this treatment included some redness after sessions. I find that both of these sculpturing techniques are particularly good at targetting the flanks and abdominal subcutaneous fat. I find that, mesomorphs show the most noticeable differences from these techniques because they tend to exhibit more body fat in the hips and stomach. However, they can also be used for curving an ectomorph’s buttocks or inner thigh fat.

Radiofrequency and ultrasound are other examples of non-invasive weight loss treatments. Radiofrequency is a procedure that heats the fat from a one centimetre distance, targeting fat cells.9 Klaus Fritz and others investigated abdominal fat in patients using a contactless radiofrequency device. After four years, the same subjects exhibited a reduction of 4.42cm, statistically significant with a weight loss of 1.29kg in a cohort of 13 participants. However, this study used a small sample size, affecting the credibility of this therapy, but didn’t report any adverse effects.9 Ultrasound breaks fat down by passing low-level ultrasound waves down into a liquid while leaving other surrounding tissues intact. Devoid of bodily trauma, fat is naturally eliminated from the body by the process of natural elimination. In a 2010 report, 80% of 609 people were highly satisfied with weight loss results, however, the authors of this study reported that 35% of participants did result in gaining weight.10 I believe that radiofrequency technology and ultrasound is useful for ectomorphs, who tend to be of a lower weight requiring skin tightening procedures. Endomorphs also tend to benefit from radiofrequency aiding with a fat reduction in the inner thighs, tummy, back and love handles. However, as individual body frames tend not to match the three somatotypes exactly, it is always beneficial to thoroughly evaluate body fat before selecting the most effective treatment.

Men are a growing market contributing to nearly 25% of cosmetic procedures and the modern man cares more about crafting their six-pack physique.11,12 Studies have indicated men, like women, are pressured to achieve society’s body image ideals. Self-reported merits suggest men perceive the ideal as bigger with a more masculine shape. Females, exhibit a tendency to underestimate the ideal size, to themselves and potential partners.2,3 Biologically, we show characteristic sex differences in the development and distribution of adipose tissue. A clinical study5 reported different rates of lipolysis (fat breakdown) in the abdominal area. Women, contrary to belief, exhibited significantly higher lipolysis than males with larger volumes of abdominal fat. From an evolutionary standpoint, women may need a higher rate of abdominal lipolysis for a potential pregnancy. Unfortunately, this means men have a harder chance in shifting the weight in particular, the abdominal fat.

After a consultation, I prefer having an in-depth discussion to determine what they are hoping to achieve with weight loss therapies. For example, a patient with an ectotherm body frame may dislike the lack of curvature on her bottom. From there, we would address exploring treatment options together. One option could be laser lipolysis because as discussed, in my opinion, it has shown strong results with patients looking for a fuller bottom. Another patient may dislike her inner thigh fat, so another potential option could be cryolipolysis. The idea is that it really depends on the individual, gender and body type. From there on, it’s easier to explore the different options to aim to reach the patient’s future goals for weight loss therapies.

Non-surgical body contouring treatments, can deliver significant results for patients, especially when individual differences in body type have been factored into the treatment experience. It is critical to obtain a realistic expectation from the patient on how best to treat their areas of concern in order to enhance or gently alter their natural body shape.

Traditionally, the abdomen was the main focus for many non-invasive body-contouring technologies, however several technologies are now delivering more adaptable treatment methods to target additional areas such as inner and outer thighs, the submental area and upper arms, all of which is useful for different body types. With this in mind, it is critical to deliver a tailored treatment experience based on the patient’s body and fat distribution to avoid an unnatural result.