Understanding the Impact of Blue Light on Skin 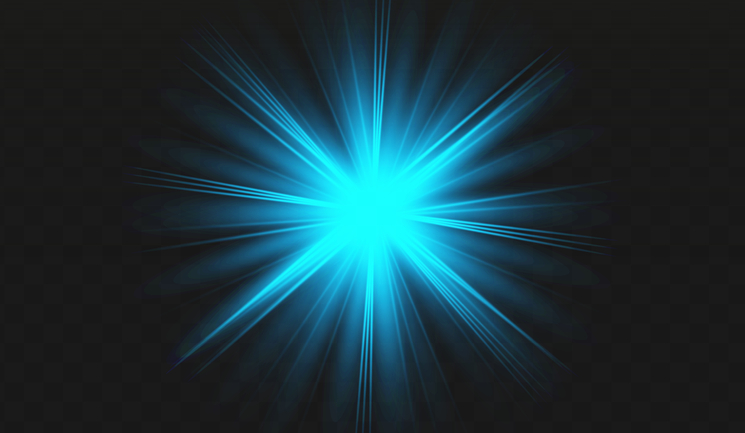 Dr Aileen McPhillips discusses the impact of blue light on skin, the risks it presents and how practitioners should best advise patients

With the evolution of the digital age and people spending more time than ever in front of screens, particularly in the past couple of months as a result of the COVID-19 lockdown, now more than ever is a good time to consider the effect of blue light on our patients’ skin. This article will explore the research behind blue light and its relevance to aesthetic practice.

What is blue light?

Electromagnetic energy spans a broad spectrum from very long radio waves to very short gamma rays.1 Light is made up of electromagnetic particles that travel in waves.2 The human eye can only detect a small portion of this spectrum, which is called visible light.1 Blue light is a colour in the ‘visible light spectrum’ that can be seen by the human eye.2 It has a very short wavelength, and so produces a higher amount of energy than those of longer wavelengths.2

Blue light is everywhere. Sunlight is the main source of blue light,2 however there are now also many artificial sources of blue light, such as fluorescent lights, LED lights, flat screen LED TVs, computer screens, smart phones and tablet screens.3

Research has shown that exposure to some blue light is necessary for health and has many positive effects. It has a beneficial impact on the body by regulating the body’s circadian rhythm when subjected to exposure during the day, boosting alertness, improving memory and cognitive functions, and elevating mood.4

Blue light has been widely used in medicine for various treatments, such as in acne, psoriasis, atopic dermatitis, neonatal jaundice and wound healing, thanks to its antibacterial, antimicrobial and anti-inflammatory properties.5

Research has shown that light therapy is a useful treatment in acne, without side effects or inconvenience to the patient. The results of a double-blind, randomised controlled trial showed that LED phototherapy was safe and effective for treating not only inflammatory, but also non-inflammatory acne lesions, with good compliance.6 The study included 35 patients with mild-moderate acne and results showed that at 12 weeks both inflammatory and non-inflammatory acne lesions had significantly decreased, by 77% and 54%, respectively. In another study, 28 healthy individuals with facial acne were treated with eight biweekly 15-minute sessions of high-intensity, narrow-band blue light. Overall, there was a 64.7% improvement in acne lesions. No bacterial changes were noted, however damaged Propionibacterium acnes were observed at the ultrastructural level.7

In one study on the effect of blue light in psoriasis, 40 patients with mild-moderate psoriasis and bilateral plaques were assigned to two groups – group one received irradiation at home with blue light (LED 420 nm) once daily for four weeks, while group two used a different blue light device (LED 453 nm). The contralateral control plaques remained untreated in both groups. In total, 37 patients completed the trial and results showed significant improvement after four weeks in both groups of the irradiated plaques as per the ‘Local Psoriasis Severity Index’.8 Another study consisting of 20 patients compared treatment of psoriasis with blue light versus red light therapy. Two stable plaques were treated with either blue light or red light, three times weekly for four consecutive weeks. Both treatment options showed clinical improvement of psoriasis plaques, however erythema was more significantly improved following blue light treatment, therefore providing a more successful treatment.9

Research has also suggested that blue light irradiation may be a potential treatment for atopic dermatitis. A study consisting of 36 patients with severe, chronic atopic dermatitis underwent one cycle of five consecutive blue light irradiations (28.9 J/cm2). The ‘Eczema Area and Severity Score’ (EASI) score was improved by 41% and 54% after three and six months, respectively. Significant improvement of pruritis, sleep and life quality was also noted, especially after six months.10 A further study of 21 patients has also indicated that blue light therapy was a safe and effective treatment for eczema. Areas treated with blue light three times per week for four weeks showed a statistically significant improvement in EASI score, with no adverse reactions reported.11

Whilst low doses of blue light may be beneficial for treating the skin conditions discussed above, high doses and long-term exposure can have negative consequences.12 Most people are aware of the dangers of UV exposure, however research has indicated that high energy visible (HEV) light generates similar amounts of reactive oxygen species (ROS) as UVA and UVB combined.4

As many of us spend numerous hours exposed to screens and overhead lights, the negative effects of these artificial sources of blue HEV is of increasing concern.

The toxic effect of blue light on the skin has been shown to be related to the generation of non-enzymatic nitric oxide (NO) radicals.4 Blue light exposure can lead to inflammation, impaired healing, compromised melanogenesis, sensitivity, dryness, wrinkles, uneven tone and texture and sagging skin.4

The generation of free radicals in the skin resulting in oxidative stress contributes to photoageing.12 A study examining the effect of visible light on the ROS and matrix metalloproteinase (MMP) responses in the skin found that visible light can induce significant ROS production, and this ROS mediates the release of pro-inflammatory cytokines and MMP expressions. Activation of MMPs leads to breakdown of collagen and inhibits new collagen synthesis.13

Studies on human skin have shown that carotenoids are vital components of the antioxidative protective system of the human skin and could serve as marker substances for the overall antioxidative status.14

While there is very limited research in this area, a study of nine patients assessing the dose-dependent influence that blue-violet light can potentially exert of the antioxidant status of skin has been carried out.5 For the study, two areas were marked on the left and right forearms of volunteers. Blue-violet light irradiation was conducted by administrating 50K/cm2 on one forearm and subsequently 100K/cm2 on the other forearm. The right and left forearms were randomised from volunteer to volunteer.

The carotenoid concentration was then measured using resonance Raman spectroscopy directly after, as well as at one, two and 24 hours after irradiation. The carotenoid destruction was noted to be twice as high at a dosage of 100J/cm2 compared to 50J/cm2. It also took a longer time to restore carotenoid levels to normal following irradiation at a higher dose – levels were restored one hour after 50J/cm2, compared to 24 hours following 100J/cm2.

Duteil et al. compared the effects of visible light with UVB exposure. They assessed the pro-pigmentating effects of two single wavelengths located at both extremities of the visible spectrum – blue/violet and red. Colorimetry, clinical and histological assessments were recorded with increasing doses of these lights on 12 healthy male volunteers, which were compared to non-exposed and UVB-exposed skin. Results showed, when compared to UVB-induced hyperpigmentation, blue-violet light induced a more pronounced pigmentation that lasted up to three months.15

The key to living safely with blue light is to find a healthy balance and protect the skin from unnecessary exposure. We should advise patients to use skincare products daily that protect our skin from blue light. This is significant, as most sunscreens do not provide protection against blue light/visible radiation.10 HEV/blue light protection is different from SPF.4

Historically, sunscreens were developed with the focus of blocking UVB, with UVA protection being added when its immunosuppressive effect was noted.16

A double-blind randomised trial was conducted to assess the efficacy of sunscreen with broad-spectrum UV protection compared to a similar product with the addition of iron oxide.18 It involved 68 patients who were being treated with 4% hydroxyquinone for melasma. Two groups were randomly assigned one of two sunscreens – a standard broadspectrum SPF 50 or a similar sunscreen with iron oxide added. The patients were assessed using the Melasma Activity and Severity Index (MASI), colorimetry and histological analysis of melanin at the onset and conclusion of the study. Over an eight-week period all patients experienced reduction in hyperpigmentation, however those who used the sunscreens with addition of iron oxide experienced significantly better results – 15%, 28% and 4% greater improvements in end points, respectively.

Advising patients to wear broad spectrum sunscreen daily should be top of our list in all skin consultations. Many people think sunscreen is only necessary when going outdoors, however we now know it is important even when indoors due to the many artificial sources of potential skin damage. We should also consider blue light filters for digital devices and limiting screen time exposure, especially at night time.