Advertorial: Evolution of the Elite brand 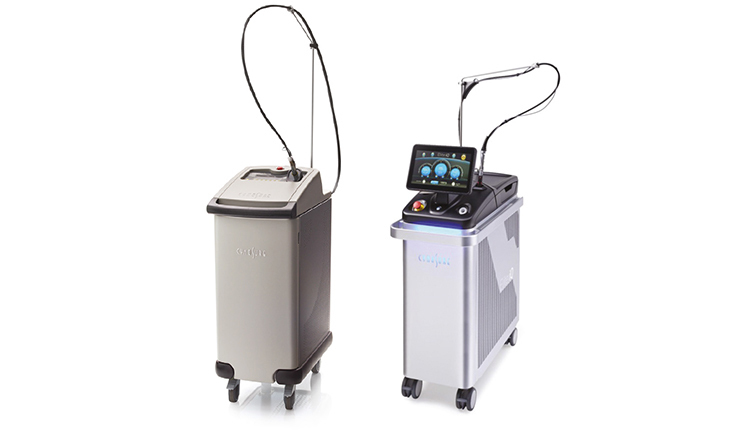 Exploring the history and future of laser hair removal

Laser use for hair removal has been used from as far back as the 1960s, albeit fairly unsuccessfully due to the lack of long-term or ‘permanent’ results that were able to be generated. Laser therapy was revolutionised in the 1980s by Dr Rox Anderson and John Parrish, postulating the theory of selective photothermolysis – the use of a specific wavelength to achieve the destruction of a specific target molecule and minimising thermal damage to surrounding tissue.

Perfecting the pulse duration and intensity of laser energy, Dr Anderson and Dr Melanie Grossman laid the foundation of modern hair removal as we know it today, with their group out of the Wellmann Laboratory of Photomedicine, Harvard Medical School in Boston, Massachusetts. They presented work in early 1997 at the American Society for Laser Medicine and Surgery, Phoenix AZ, on the use of the Ruby 695 nm laser for permanent hair removal.

This early work with the Ruby laser, which had its limitations, then led to the adoption of the Alexandrite laser, with its slightly longer 755 nm wavelength, as being more efficient for targeting the stem cells and causing miniaturisation of the terminal hair follicles. Neither of these wavelengths, however, are still the optimal choice for darker skin types because of their absorption characteristics into melanin.

The Neodymium-doped Yttrium Aluminium Garnet, or Nd:YAG, is demonstrated to be safer for the higher melanin content found in the higher Fitzpatrick skin types as its invisible infra-red light, at 1064 nm, has a lower absorption into melanin that bypasses the surface colour of the skin.

These two laser wavelengths, the Alexandrite 755 nm and the Nd:YAG 1064 nm have become the industry standard for hair reduction, each of them optimised for treatment for a different patient population.

The first Alexandrite laser model that Cynosure designed was the Apogee 6200, about 20 years ago, and it only had the wavelength of 755 nm. In 2003, the Nd:YAG laser was added and the device was renamed ‘Elite’ and included both wavelengths. The inclusion of the two wavelengths embodied by the Elite provides optimal hair removal across all Fitzpatrick skin types from I to VI.

Some years later, in 2009, proprietary technology that sequentially combines wavelengths to combine clinical effects was launched by Cynosure with the Elite MPX. With this device, clinicians had the ability to choose treatment with a single wavelength or a combination (in a sequential mode). Combining synergistic wavelengths in Multiplex modality, allows for a safer treatment profile with lower total fluence. In addition to this, the Elite MPX had an integrated cold air system, making it more compact and additionally, an IPL handpiece for aesthetic treatments.

Thereafter, a new Elite and Apogee with larger spot sizes, up to 18mm in diameter, started to be used in 2012, under the names of Elite+ and Apogee+. And then, years later in 2014, Cynosure increased the spot sizes offering larger diameters like 20, 22 and 24mm, allowing deeper penetration of energy into the tissue. This, together with a higher repetition rate, were key advantages for optimising treatments and the Elite+ achieved industry recognition for its efficacy and treatment flexibility when it was shortlisted for Energy Device of the Year at last year’s Aesthetics Awards.

The most recent advancement here in 2020 is the Elite iQ, which represents a real revolution in the hair removal market, since this new device incorporates the Skintel, the industry’s only melanin reader, which can give an accurate measurement of the skin melanin content to better guide treatment test spot settings and identify skin colouration changes throughout the course of a patient’s treatments. The Skintel has been an invaluable resource on other hair removal lasers in the Cynosure portfolio for more than 15 years, providing clinic reassurance for the selection of safe and effective treatment parameters for each individual patient’s skin.

The Elite iQ builds on the legacy of our gold standard Elite laser family; it is now faster, more efficacious, and smarter since it has a higher maximum energy for both Alexandrite (+19%) and Nd:YAG (+43%) laser so we can treat patients faster and more effectively and safely.

The Elite iQ is cleared for hair reduction in all Fitzpatrick Skin Types I-VI, and includes the treatment of tanned skin allowing the patient's hair removal journey to continue during the summer months. It is also cleared for pseudo folliculitis barbae, and the treatment of vascular lesions, benign pigmented lesions and wrinkles, offering a comprehensive range of clinic treatment options from the one device.