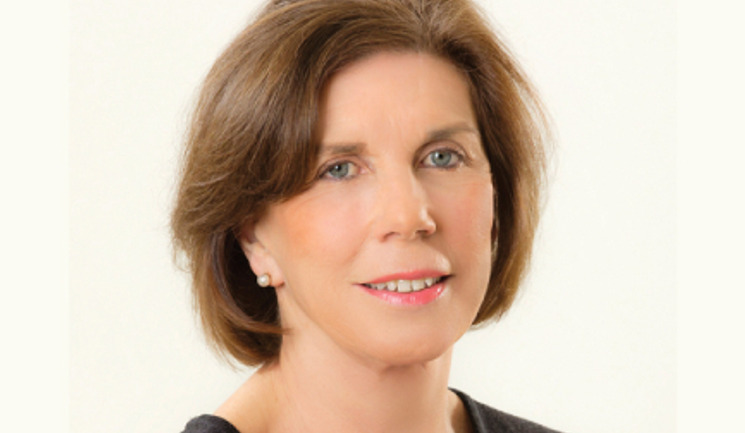 Born in Bristol, Mandy Cameron was a keen sports and tennis player until the age of 16, when a family tragedy changed her intended career path. She says, “My father passing away definitely steered me into the world of medicine, and after I finished school, I went into nursing. I moved to London to train at St Thomas’ Hospital, and although it was a very hard decision to leave my mother I don’t regret it because I had three amazing years and met some lifelong friends.”

After completing her training, Cameron recalls that she had intended to travel and work in the US, but you needed a midwifery qualification to do so. She adds, “This resulted in me heading back to Bristol to qualify as a midwife. I enjoyed it so much that I never got to the US and 10 years later I was still there delivering babies!”

In 1986 Cameron made the decision to leave nursing and join the pharmaceutical industry, working as a sales representative and manager for Glaxo. “Not only was it great training for me, but it’s also where I met my husband!” she says, adding, “A few years later in 1989 I entered into the aesthetics industry, which was just in its infancy. I wanted a new sales challenge, and I’d seen a job advert for a nurse with sales experience – I just thought, that’s me!”

Two weeks later, Cameron was on a jumbo jet heading for San Francisco to be trained in the first dermal fillers – collagen by Collagen Corporation. Prior to this she had heard little about the world of aesthetic medicine, but was enthusiastic about the opportunity. She notes, “The challenge for me was to be at the forefront of a new and exciting specialty. There was no botulinum toxin in those days and collagen was the only injectable available, so it was a very, very different world! I spent 10 years with the same company and loved every minute of it, watching the evolution and growth of a new entity.”

After her time with Collagen Corporation, Cameron helped to launch what is now known as Sculptra to the UK market. She recalls, “I was always looking for innovation and new opportunities, so my next venture was to be employed by pharmaceutical company Aventis (later Sanofi-Aventis) to develop and launch Sculptra. It was a very exciting time, not only to bring new technology to the market but to also have the opportunity to introduce UK pharma to the world of medical aesthetics – that was quite a journey and I met so many incredible people along the way.”

After working for several more US companies, and working with hundreds of practitioners in the industry, Cameron met Chris Edmonds who had just acquired Cosmetic News – now known as the Aesthetics journal! She recalls, “Edmonds asked me to help with the editing of the journal and the education of his team. I jumped at the opportunity! For six years I was very privileged to hold the role of Editor, and I absolutely loved it! Working for the journal enabled me to learn about new technology, keep in touch with all my colleagues, provide a platform for education, work on the ACE conference agenda and present at the Aesthetics Awards – it was a very rewarding time.” Cameron left the journal in 2019 and has since focused on skincare company 5 Squirrels, which she has co-run with Gary Conroy since 2014. Although she notes that being a partner in a skincare company was not something she had ever envisaged for herself, Cameron is thankful she was able to have the opportunity. She recollects, “To have worked with Gary creating 5 Squirrels and enabling clinics to launch their own brands has been truly revolutionary. We have learnt a great deal together over the last few years and I look forward to watching it continue to grow after I take a step back and retire later this year.”

Last month, Aesthetics presented Cameron with this year’s esteemed Aesthetics Award for Outstanding Achievement in Medical Aesthetics. On her win, she commented, “I was stunned and shocked! There are so many amazing people in this industry who are all so deserving, but I’m immensely proud. It feels as though it isn’t just for me, but for everyone that has played a part in my aesthetics journey!”

On what advice she would give to anyone starting out in the specialty, she comments, “I would say keep learning and never become complacent. It has become such a competitive industry that it really is becoming more difficult to shine, so just keep working as hard as you can to constantly improve. Grab every opportunity with both hands and embrace it even if you think it’s going to be a challenge!”

The fact that you’re always meeting new people, and then being able to watch them grow and be successful!

What treatment has impressed you?

There have been so many, but it has to be fillers! They are so versatile and, in the correct hands, transformative.

What has been a memorable day in your career?

In 1995 we launched a breast implant that the MHRA decided to withdraw from the market, and my managers decided I was the person to front the crisis management team – leaving me to tackle all the news channels! Dealing with this was actually a great experience.