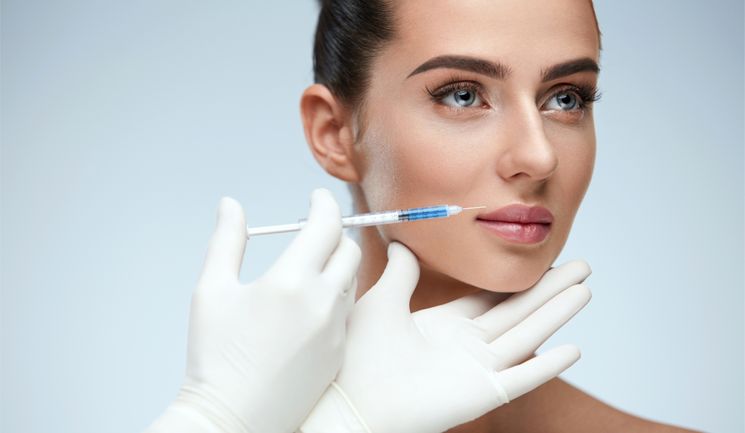 Aesthetics explores the rise in influencers having their dermal fillers removed

“I’ve made so many mistakes when it comes to filler in my face, but slowly I’m starting to reverse it all,” says Love Island star Molly-Mae Hague. The comment comes from her recent YouTube video, in which she discusses the decision to get her lip fillers dissolved. This comes only a few months after having the same done to her cheeks and chin. At the end of the video, she concludes that getting rid of her filler was, “The best decision I have made in a long time.” This isn’t an isolated event and Molly-Mae is the most recent in a long line of influencers having their aesthetic procedures and surgery reversed, following people such as Kylie Jenner, Megan Mckenna and Olivia Attwood. It’s being dubbed by the media as ‘the explant movement’ or the ‘lip switch’.1,2

Although publicly discussing the decision to have fillers dissolved can have positive outcomes, does it trivialise hyaluronidase as being a quick and easy solution? Aesthetics speaks to aesthetic practitioners Dr Tijion Esho and Dr Sophie Shotter to find out their take on the movement.

Recent survey results from Save Face indicated that 59% of 61,000 respondents see cosmetic procedures as comparable to getting a manicure or a haircut. Although this can be seen as a positive for the normalisation of aesthetics, it indicates that many people are unaware of the risks involved with procedures.3

With the constant promotion of filler dissolution in the media and by influencers, Dr Esho is concerned that hyaluronidase injections are also becoming viewed as low risk. He says, “The risk that comes from influencers talking about the dissolving process is that often they trivialise it. If they don’t go into full detail about the process and all its risks it can reinforce the opinion that you can quickly get a bit of filler and then easily get it removed if you don’t like it. It’s dangerous because, as we know, there is a lot that can go wrong between the needle and the product that can’t be reversed.”

Dr Shotter also worries that it will encourage patients to seek unnecessary hyaluronidase procedures. She explains, “Influencers are called influencers for a reason, so what concerns me is that dissolving is just becoming another trend for people. Young women in particular are impressionable, and if they become aware of hyaluronidase injections through Instagram or YouTube it might encourage them to follow suit, without really knowing what it is or what it does.”

Dr Shotter has noticed that over the last two to three years patients are saying to her in their initial consultations, ‘Well if I don’t like it, I can just get it removed’. She says, “Correcting minor aesthetic issues isn’t the purpose of hyaluronidase! The main uses should be for emergencies like a vascular occlusion or allergic reaction. If celebrities are documenting this sort of thing, they need to make it clear that it isn’t an easy solution, because right now the public aren’t educated enough.”

While Dr Esho acknowledges that it in some circumstances it can be okay to dissolve fillers for cosmetic reasons, he emphasises that it should only occur if patients have been fully informed of all the risks involved, such as allergic reactions and anaphylactic shock.

He comments, “Patients don’t often understand that they’re more likely to have a reaction to hyaluronidase than actually to the filler itself! I once had a patient who had filler injected and dissolved six times by previous injectors. When I asked her whether she had ever been made aware of the dangers, she said no. It’s worrying, and patients should never be under the illusion that it’s a quick fix.” Dr Esho believes that practitioners should view hyaluronidase as a last resort. “When I’m using it on a patient it’s either for emergencies or if they are suffering from a psychological impact,” he says, adding, “If a patient isn’t delighted with the aesthetic outcome, but it’s not bothering them in any way, we shouldn’t rush to take the money and do the procedure. We have to put patient safety first.”

If celebrities are documenting filler removal, they need to make it clear that it isn’t an easy solution, because right now the public aren’t educated enough

While the way the content is often presented by influencers may be a cause of concern, Dr Esho recognises that there are positives to celebrities talking about their filler journeys. “I do praise influencers that are being open about it,” he says, adding, “Previously, celebrities would come to me and get fillers dissolved or removed, but it would remain a secret. The problem with this is that it stops their fans from being aware of the complications or the dangers of getting too much filler. So, I think that as long as people promote it in the right way, such as always including a medical opinion to explain the reality behind the procedure, it can be a good way to educate people.”

Dr Shotter also acknowledges that there can be benefits, stating, “It’s good when women who portray themselves as an unattainable standard of beauty are honest and hold their hands up about the work they’ve had done, as well as admitting when they’ve gone too far. Promoting a more natural look or making people aware of the downsides to cosmetic procedures is a good thing, but only when it’s done right.”

Despite these positives, it should be noted that practitioners should never be advertising hyaluronidase as a reversing agent as it’s a prescription-only medicine and would go against ASA guidelines.4

Dr Shotter believes that practitioners will see a rise in patient requests for dissolving filler, but warns them from easily agreeing to treatment. She says, “Practitioners should have a balanced discussion about what the options are, and always implement a couple of weeks’ cooling-off period, unless of course it’s a medical emergency. Waiting for filler to naturally break down is the best choice for most people, and you need to inform them of the risks involved with dissolving.” Dr Shotter adds that if practitioners do choose to go ahead with the treatment, you should ensure you manage patient expectations. “Hyaluronidase often needs to be injected more than once and we can’t guarantee how much will actually be dissolved each time. Patients need to know that after one session they aren’t automatically going to be fixed or happy with their look, which is what they expect after watching influencer vlogs,” she concludes.