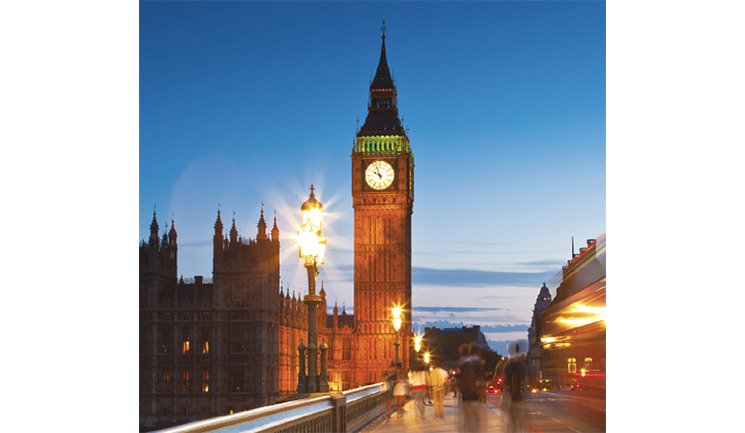 On February 12, the regulation of the non-surgical cosmetic industry was discussed in a Westminster Hall debate, with MPs stating that regulation does not go far enough to protect the public.1,2 The debate was tabled by South Leicestershire MP Alberto Costa following concerns raised to Prime Minister Theresa May in the House of Commons in January regarding MP Costa’s constituent, Rachael Knappier. Last year, Knappier suffered a complication after a lip filler treatment from an unregulated beauty therapist at a party.1-3

Many of the concerns raised by MPs in the debate included the lack of formal, recognised training for administering procedures such as dermal fillers and botulinum toxin, the vulnerability of young patients who have access to treatment, issues surrounding social media and advertising, the influence of celebrities, the types of products used, and the screening of patients with body dysmorphic disorder.

One of MP Costa’s main concerns was the type of practitioners administering non-surgical cosmetic procedures as they may not be held accountable by any regulatory body. He said, “The mark of a professional in our society is somebody that is regulated, that is trained, qualified, licensed and that has ongoing regulation development. In addition, in the private sector, they must carry professional indemnity insurance so that people have someone to sue when things go wrong.”

“I am looking at a time scale of about two to three years to get to a point where the Government will propose legislation. My job is to encourage the Government to do that” MP Alberto Costa

MP Costa added that he believes the lack of regulation is an issue that affects all constituents, as well as the National Health Service, and stated that although there is voluntary regulation in place, it does not go far enough. He said, “I agree that regulation is required and it shouldn’t be voluntary regulation. I also think a regulator should identify the training, expertise and qualifications that are required and what products should be permitted in the market.” He added, “It is beyond belief that anyone can inject someone with a foreign substance and have no medical expertise whatsoever.” Central Suffolk and North Ipswich MP Dr Daniel Poulter highlighted the points made in the 2013 Keogh review on the unregulated nature of the industry.

He explained, “If you are performing operations on the body you should have the prerequisite knowledge and training on the anatomy involved and understand the consequences of what goes on. Far too often, unregulated practitioners do not have the skills or the knowledge to understand what can go wrong, or indeed have the skills and the knowledge to advise people about the potential adverse consequences. It is time, I agree, for some proper regulation.” MP Costa added that more needs to be done to educate the public on the dangers behind non-surgical cosmetic procedures, and the importance of going to a reputable, qualified practitioner. The introduction of the voluntary practitioner and training registers by the Joint Council for Cosmetic Practitioners (JCCP) was also discussed.

MP Costa commented, “In the absence of an obligatory statutory register, as a minimum I say to the Government that there should be clear public information about the need to seek a practitioner who is at the very least registered with the independent voluntary regulator. However, a voluntary and independent register does not go far enough.” He continued, “I would like to ask the Government to at least consider setting up a cohesive and compressive plan to properly regulate the non-surgical cosmetics industry.”

MP Jackie Doyle-Price, Secretary of State for Mental Health, responded to MP Costa’s concerns, agreeing that it is important consumers are properly educated on this issue and emphasising that adequate regulation is needed in the sector. MP Doyle-Price also mentioned that dermal fillers will be soon regulated as a medical device,1,4 which she hopes will remove some of the risks associated with the treatment.

“I think we need to make much more rapid and substantial progress if we are going to protect consumers. This is not like going to have a haircut and we need to make sure we are properly looking after consumers and improving safety. Within the Department of Health our priority has to be the safety of people facing these procedures,” MP Doyle-Price said.

The debate was followed closely by many professionals working within the non-surgical aesthetic sector. Independent nurse prescriber Sharon King, co-founder of the Aesthetic Complications Expert (ACE) Group and vice-chair of the British Association of Cosmetic Nurses, thought the debate was a step in the right direction.

She explains, “It was great to see the MPs taking an interest, particularly from MP Costa. The arguments raised were not anything new, but there were a few points that they did pick up on that was good to see, for example how the media is portraying the treatments to the young and vulnerable. They also said that although voluntary regulation is a step in the right direction, we do need some formal regulation – it’s good to see that this, as well as training and education needs, was actually raised.”

Dr Paul Charlson, president of the British College of Aesthetic Medicine also felt positive about the debate. “I think the more exposure we get the better, and all we can do is keep lobbying to keep it in the public mind,” he says. Consultant plastic surgeon Mr Rajan Uppa, council member of the British Association of Aesthetic Plastic Surgeons, adds, “In the debate, the Keogh review was mentioned again, but I think the lack of implementation of its recommendations for regulation is a failure by our politicians.

The fact that there is no regulation is scandalous, but this debate is extremely important in raising public awareness because most people assume that the people doing these treatments are qualified, until something goes wrong.” King emphasises, “Overall, I think the debate was all very good and very positive, but how it’s going to go forward I don’t know.” In an exclusive interview following the debate, MP Costa confirmed to Aesthetics that his aim is to see Government propose legislation within the next few years. He says, “Whilst the country is getting on with things like Brexit, that doesn’t mean that other concerns of importance shouldn’t be dealt with, particularly when constituents are bringing their concerns to us. Laws are not changed overnight. I am looking at a time scale of about two to three years to get to a point where the Government will propose legislation. My job is to encourage the Government to do that.”

To help him achieve this, MP Costa calls for all involved in the specialty to help. He explains, “I encourage anyone with a view on this area, whether they are a patient or practitioner, to email or write to their local MP and very simply say that they support the debate in Parliament and that they would like to see non-surgical cosmetic procedures properly regulated. The more MPs hear about this, the higher the likelihood that the Government will listen.” As well as this, there are also petitions in action, which the public can take part in.5