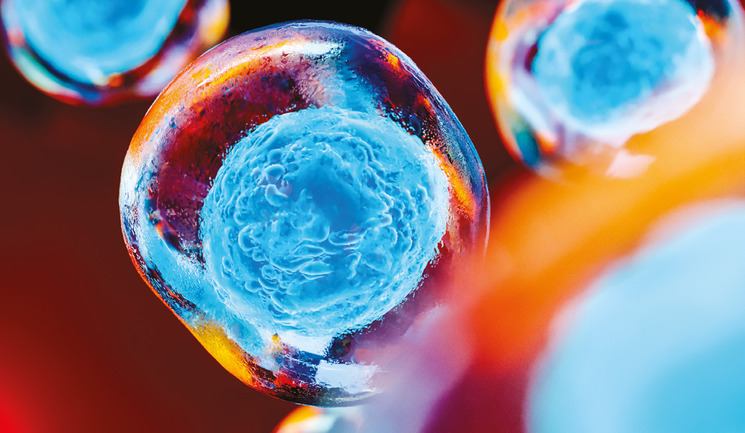 It is an urban myth that household dust comprises 80% of shed human skin.1 But why is human skin even shed at all? This is one example of many continuous regenerative processes that take place in the body at any one time, occurring at a background level that is barely discernible, in spite of the skin being the largest organ of the human body.1

For the epidermis of the skin, new cells are generated to replace the 30-40,000 surface cells shed every minute which form, with secreted oils, the first line of defence from direct environmental injury and insult.2 Similar regeneration is found in the intestinal mucosal epithelial lining, with a cellular turnover as short as four days, making it the most rapid renewing tissue in the human body.

Regular tissue turnover and routine shedding of cells is a key element in maintaining the epithelium in optimal health. In fact, this basic premise that cells become diseased, get injured or just grow old and need replacement by the generation of new cells is the common thread that links any living cell, tissue or organ.

It is this basic understanding of human regeneration that provides the background for regenerative medicine, the branch of medical translational research that develops methods to regrow, repair or replace damaged or diseased cells, organs or tissues to restore or establish normal function.1

Growing of cells in the laboratory is an established technique, and it is even possible to grow different cells together in three dimensions on a collagen scaffold to mimic ‘simpler’ structures like skin

The ability to form regenerated cells and tissues from the patient’s own tissue or cells is the ideal scenario, solving the problem of tissue or organ rejection, as well as addressing the shortage of organs available for donation. Growing of cells in the laboratory is an established technique, and it is even possible to grow different cells together in three dimensions on a collagen scaffold (what we call a three-dimensional organotypic culture) to mimic ‘simpler’ structures like skin.3 I stress here that ‘simpler’ is in inverted commas as the skin is not a simple structure at all.

However, our ‘ideal scenario’ isn’t always feasible. In spite of the increased understanding of the molecular biology of cells and the rapid development of tissue-engineering techniques to grow tissues and organs in-situ, we can only manage broad brushstrokes in the laboratory; nature’s fine detail we unfortunately cannot (yet) fully replicate. The finite number of cells that can be harvested and the age of the cells at the time of harvest are also variables that cannot be controlled. This is where stem cells come into play, as they have a unique ability to differentiate into all the cell types of the human body.

Fusion of the sperm and egg in the process of fertilisation generates the first diploid cell, a stem cell, which is able to differentiate into all the various cell types that make up the human body. Subsequently, stem cells persist throughout the life of the organism, generating new cells to replace old, worn or shed cells.4

Research started in earnest in the 1980s with animal stem cells, segueing to human studies in the 1990s. By 1998, the human embryonic stem cell lines had been derived,6 with characterisation of bone marrow mesenchymal stem cells hot at its heels in 1999.7 In regenerative medicine, mesenchymal stem cells (MSC) are probably the best-known stem cell type being used, and there are currently 976 trials around the world recorded using these cells to treat myriad conditions ranging from spinal cord injury to skin diseases to depression.8

MSC have been harvested from bone marrow, adipose tissue and most recently from the outer lining membrane of the umbilical cord, which has been found to be the highest yielding source of MSC with significant purity of 99% compared to other stem cell sources.9 These cord-lining MSC have been grown to good manufacturing practice standards for use in a current US Food and Drug Administration (FDA) trial to heal chronic diabetic foot ulcers.10

Conceptually, the transplantation of cells to replace those missing from trauma, tumour or degeneration seems straightforward enough, but the reality is more complicated. Transplanted cells need to ‘take’ and survive in the new strata into which they have been inserted, and certainly not all transplanted cells will survive in their new environment. Having survived, it is also speculative as to how they may differentiate into the correct cells required in the said area. For example, stem cell to chondrocyte differentiation in an osteoarthritic joint.

MSC have been harvested from bone marrow, adipose tissue and most recently from the outer lining membrane of the umbilical cord

The stratum basale of the epidermis holds caches of stem cells (interfollicular stem cell cells as opposed to hair follicular stem cells) that generate new epidermal cells to transit through the histologically recognised stages of stratum spinosum, stratum granulosum, stratum lucidum and finally the stratum corneum where the cells lose their nuclei and are eventually shed.12 As skin ages, proliferation rates drop in the epidermis, and epidermal cell turnover time begins to lengthen. Dermal thickness also decreases with age, with a decline in the production of glycosaminoglycans as hyaluronic acid.

The end result of this progressive structural and functional deterioration increases susceptibility to eczema, contact and allergic dermatitis, seborrheic keratosis and various neoplasms as basal and squamous cell carcinoma.13,14 It is important to note here that stem cells cannot be put into cosmetic products for varying reasons. As mentioned previously, such stem cells are cultured in a media where they secrete thousands of proteins. The cells are then removed and you are left with stem cell conditioned media. When keratinocytes from aged skin are grown in stem cell conditioned media from any source, increased proliferation and growth of the keratinocytes is seen. Likewise, a pipette tip scrape wound of skin dermal cells (fibroblasts) has been found to close faster when exposed to stem cell conditioned media.9

Three-dimensional organotypic skin cultures have also been shown to increase in thickness when grown in stem cell conditioned media.9 All of these observations strongly suggest that the stem cell conditioned media has regenerative effects on skin cells which can potentially reverse the effects of skin cell ageing described above, and it can usefully be incorporated into a cosmeceutical product to improve the appearance of aged skin.

What can we expect going forward?

With the exceptional advancements in the regenerative medicine specialty over the last decade, I look forward to what we can expect in the future and there are currently a number of areas where I believe we can see the use of regenerative medicine excel. It is generally accepted that there is endless potential applications in the treatment of diabetes,15 corneal regeneration,16 haemophilia,17 ischaemic hearts18 and many more.

More specific to aesthetics, in male pattern baldness for example, it appears that hair follicle stem cells are present but may lack specific hair follicle progenitor cells.19 Application of stem cell conditioned media with its potent mix of protein cytokines and growth factors may be able to restore the function of these quiescent follicles to enhance hair growth and some preliminary trials have already demonstrated efficacy in such a situation.20 I believe there is also huge potential growth for other delivery methods for facial rejuvenation.