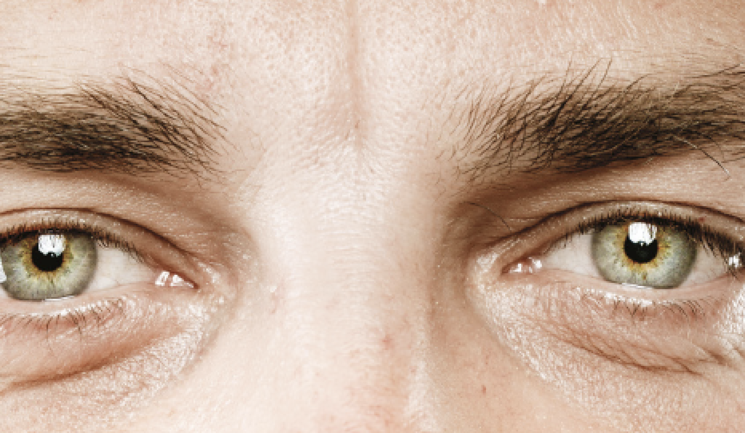 With facial aesthetic treatments becoming more popular amongst males,1 practitioners need to facilitate a gender-adjusted approach for rejuvenation treatments and familiarise themselves with how they may need to amend their techniques.

The Men’s Maximum Difference study in 2015 by Allergan explored 600 men’s attitudes towards age-related facial changes. It found that the periorbital area was the greatest area of concern for respondents, with lateral canthal lines and tear troughs being the top features that 80% of respondents were most likely to get treated first.2

A different survey carried out by the American Society of Plastic Surgeons between 2008-2011 found that the number of men in the US seeking botulinum toxin injections rose by 268%.1 A trend that has likely continued as aesthetic treatments in general have become more popular. Despite the fact that more men are jumping on the aesthetic ‘bandwagon’, the majority of most practitioners’ clientele remain female.1,2 There is therefore a lack of experience as well as a lack of supporting evidence when we think about facial aesthetic treatments in males. This can lead to suboptimal outcomes, unless one recognises the anatomical differences, and aesthetic goals between the sexes.

This article will explore the differences in the periorbital area between men and women to help practitioners provide a gender-adjusted approach for their male patients.

Anatomical differences between the sexes

The differences in facial anatomy between the sexes start at the skeletal level. Forensic science has taught us that the skull is the second most reliable indicator of sex assessment of a skeleton, coming second only to the pelvis.3-6 The female skull tends to have a flat supraorbital ridge with a smooth convexity of the forehead, whereas the male skeleton has a prominent supraorbital ridge. In the periorbital area, the glabellar and frontonasal suture are more pronounced in males and the eyebrows are flatter, whereas they tend to be subtler and more curved in females.7,8 These underlying skeletal differences give rise to differences within the soft tissues above. When we think about what is considered desirable and aesthetically pleasing in males, strong contours such as a sharply-defined brow and chiselled cheek-bones often come to mind.9-12 These masculine facial features develop with testosterone exposure during puberty and many studies have shown that they are found to be attractive.9-12 Due to the prominent supraorbital ridge, males also tend to have more deep-set eyes. The brow in males is more horizontal and normally sits at the level of the supraorbital rim, rather than arching above it like in females. Females also tend to have an upward tilt of the lateral canthus (corner of the eye) whereas in males this landmark tends to be level.13

Ageing changes to the periorbita The ageing process affects all layers of the face from the skin down to the skull. The bony orbital aperture increases in size and width in both males and females. It has been found that the inferior orbital rim recedes most significantly laterally in females, whereas in males the entire rim recedes.14 Males have bulkier facial muscles and the loss of subcutaneous fat and connective tissue that occurs with age means that men tend to develop wrinkles earlier and more severely than in women – notably in the periorbital, glabellar and forehead.15

Research has shown that there tends to be a lower adoption rate for aesthetic procedures amongst men than women.2 Of the 600 men surveyed in The Men’s Maximum Difference study, the trial rate for all procedures was low (2-6%).2 When asked about this in the survey, 47% of men said that they felt that they did not yet need the treatment.2 So, whilst women strive for the appearance of youth, why are men more content to let the ageing process take its natural course? A large study looked at online users of a free dating site across four large US cities (186,935 subjects) and found that whilst women were deemed on average to reach their peak attractiveness at 18, men peak at age 50.16 The trend for finding women more attractive in youth and males more attractive in older age has also been observed in other studies.17,18

The glabellar and frontonasal suture are more pronounced in males and the eyebrows are flatter, whereas they tend to be subtler and more curved in females

There are many theories as to why this is the case. Many opinions suggest these findings align with evolutionary theories of mating where youth suggests fertility, encouraging males to find young and potentially more fertile females more attractive. Females on the other hand are thought to be attracted to males who are likely to be able to provide for offspring, and age may indicate a position of power that can facilitate this.19 Therefore, when treating the male patient, it’s important to keep the face masculinised, not just aiming for youthfulness. Social structural theorists argue that the differences in age between partners may be fuelled by socially-determined gender roles.20

With lateral canthal lines being one of the top concerns amongst aesthetically-minded males,2 treatment with botulinum toxin to the area may be considered. Whilst I recommend starting with the standardised dosing, it is important to be aware that males are thought to respond less to toxin products than females.21 This is generally suggested to be due to the increased muscle bulk compared to females. Practitioners should be aware that an increased proportion of males are likely to require further units at a two-week review than females.

It is important to also remember the underlying anatomical differences between the sexes, and not to feminise the male face, unless this is requested. For example, when using toxin to treat the glabella and frontalis, one must be careful not to arch or lift the brow, as this would not be in keeping with the masculine brow which tends to be low and flat.7,8 Ensuring that one treats the lateral aspect of the frontalis will avoid any lateral ‘spocking’ which again, whilst in some female patients can give an attractive outcome with an enhanced arch of the brow, would only feminise the male face.

Unfortunately, there is a paucity of clinical data with regards to botulinum toxin use in males, and many have called for further studies regarding the dosing and efficacy.22 There are only two studies to date that account for sex in their study design or subgroup analysis, generally finding that toxin is less effective in males and they often require higher doses than females.22

Acknowledging the theory that males become more attractive with age, it would make sense for practitioners not to overdo the toxin for the male lateral canthal lines, as some lines could still be deemed attractive in men. However, I cannot find any studies supporting this.

When treating the periorbital area with filler, we need to remember to respect and preserve the masculine features. Tear trough deformity is, alongside lateral canthal lines, one of the most likely areas to be treated first amongst males.2 The orbital aperture increases in size in both genders, contributing towards a tear trough deformity which can be addressed with dermal filler. CT scans of the skull have shown us that the orbital rim recedes unevenly, and there are important differences between males and females. Whilst in females the inferolateral orbital rim recedes more significantly,14 in males the inferomedial orbital rim also has a tendency to recede.23 This can affect the morphology of the tear trough deformity, and one should consider this when placing your filler to the tear trough area.

There are some features in the periorbital area that we would wish to keep, such as a prominent supraorbital ridge. Whilst in women this feature may lend itself to filler treatment to restore the smooth convexity of the forehead, obliterating this masculine feature in male patients risks feminising the face.24,25

When we are treating our male patients, it is important to remember the underlying anatomical differences between the sexes, and to adapt our technique accordingly. Whilst men make up a small percentage of aesthetic patients, they are on the increase and yet the evidence and experience amongst practitioners of treating males is often lacking. When treating the periorbital area in males, strive to retain masculine features, unless the patient’s aim is to feminise their face, and be aware of the underlying anatomical differences that can affect the response to treatment, and adapt your practice accordingly.