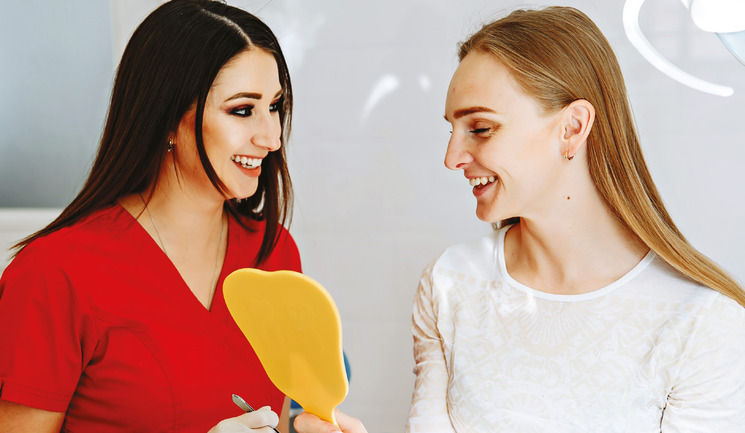 Mirror Mirror on the wall, how did you become so essential to us all? Let’s face it, we all take a sneaky peek at our reflection when we pass a mirror in a hallway or even a shop window. Do you check yourself out in the car visor mirror occasionally, perhaps? It’s not only a female thing either. Men are just as guilty of that quick sideways look at their own reflection.1,2 Maybe we are all becoming vainer than we used to be, but then again, perhaps this compulsion and even obsession, in some cases, is more embedded in our cultures and psyche than we would care to admit or even realise. One 2012 survey conducted by Simple Skincare suggests that women look in the mirror an average of eight times a day.3 While another survey conducted in 2014 by Betta Living interestingly suggested that the average adult UK man will spend 56 minutes looking at his own reflection every day, whereas British women spend 43.5 minutes on an average day.1 In the same year, lifestyle brand Avaj also found that men look at their own reflection more often than women in their survey (23 times vs. 16 times per day).2

The mirror through the ages

The mirror has been part of our human experience for many thousands of years. Greek myths tell the tale of Narcissus, a beautiful man who wasted away after spending too much time looking at his reflection in the water. Seeing his reflection, he fell in love with it, but each time he bent down to kiss it, it seemed to disappear. Narcissus grew increasingly thirsty, but would not leave or touch the water for fear of losing sight of his reflection. The tale does not have a happy ending, as needless to say, he died of thirst.3 Narcissus eventually became the origin of the modern term ‘narcissism’.5 Bram Stoker’s Dracula has no soul and hence no reflection in the mirror, which was in keeping with myths in ancient cultures who believed that their reflections showed their souls. In some cultures and religions, it was, and still is, the norm to cover the mirrors when someone dies. The Victorians believed that when someone died, the first person to look in the mirror would be next.6,7

Mirrors have also been perceived to have power over us, with the belief that a broken mirror causes seven years’ bad luck, dating back to Roman times.8 There are examples of mirrors and combs carved on some of the stones in the Pictish culture, where mirrors were thought to be highly sought after and only owned by those of high status.9 In short, there has always been a fixation with our reflection in humans, irrespective of culture, creed or time.

Today’s world of instant communication is probably best represented by the so called ‘selfie culture’.10 The selfie phenomenon of the Facebook, YouTube and Instagram generation is not actually new. Access to technology has allowed the proliferation of images and the ability to share those images with a public willing or otherwise but, like the mirror, our desire to share our reflection and perception of self has been around for a long time. In my opinion, the only difference between now and the past is the places where one’s images are shared. Take Frida Kahlo, who shared her innermost feelings and pain through her 55 very much acclaimed self-portraits. Van Gough produced around 30 self-portraits, so was no stranger to the selfie, and Picasso, although somewhat more abstract and less prolific, was a dab-hand at the selfie. Their audience wasn’t on social media; instead all the best art galleries across the globe. The only difference today is that anyone can share their image in an instant with the wider world.

In 2014, national and international media reported on the ‘selfitis’ condition, defined as individuals who feel compelled to continually post pictures of themselves on social media.11-14 Reports claimed that ‘selfitis’ may be linked to some categorised psychiatric conditions and that it was to be classed as a genuine mental disorder.12 Dr David Veal, a psychiatrist specialising in the treatment of obsessive-compulsive and bipolar disorders, was quoted by the press as saying, ‘Two out of three of all the patients who come to see me with body dysmorphic disorder (BDD) since the rise of camera phones have a compulsion to repeatedly take and post selfies on social media sites’.11

Although the reports about the ‘selfitis’ condition were a hoax, originating from a spoof news website,12,14 it has prompted some research to be done since then. A study involving 1,296 Polish men and women showed that obsessive taking of selfies and posting to social media has been found to be linked to symptoms common to some mental health issues.12 Narcissism, which was higher in men, low self-esteem, loneliness, self-centeredness, and attention-seeking behaviour, were all found to be linked to selfie posting.15 As well as this, the Nottingham Trent University, in conjunction with the Thiagarajar School of Management, undertook a study of 400 Indian participants on selfies, concluding that the ‘selfitis’ condition does indeed exist. They developed a ‘Selfitis Behaviour Scale’ which can be used to assess its severity.12 Perhaps with more research, ‘selfitis’ may soon make the Diagnostic and Statistical Manual of Mental Disorders (DSM) – often referred to as the ‘psychiatric DSM bible’16 – and become categorised as a real psychiatric condition.

I try to avoid treating patients with BDD as it usually only reinforces their insecurity and, as medical professionals, we have a duty to give patients good advice as they often present at an aesthetic clinic first, rather than to their own GP or mental health team.19 BDD patients can be difficult to spot and, in my experience, can be very manipulative in their quest for treatment. They will sometimes say things such as ‘I’ve heard you’re the best’, which I rarely regard a compliment, and is always an alarm bell for me, as it’s often followed with comments about going to several practitioners who were all ‘rubbish’ and the results were ‘awful’ and sometimes there’s ‘litigation in the pipeline’. Skin picking and continually touching the often imaginary flaw, as well as excessive use of camouflage makeup also makes my antennae stand to attention. BDD and OCD20 can often co-exist. I now have a BDD questionnaire21 as part of the consultation and whilst it is by no means fool proof, it at least raises awareness that I have some knowledge about it amongst these patients. I also have a book on BDD on show and it is available for patients to read, as well as a DSM.

Practical considerations of mirror use in clinic

Often the first thing a patient will ask when they come to my clinic is, ‘What do I need done?’ My answer is always the same – ‘nothing’ – and then I give them the mirror and ask them to tell me what they like about their reflection. I find that this starts the consultation off with a good, positive experience for the patient as the majority will find something that they like. This practice also breaks the ice in a first consultation, as patients are often nervous and self-conscious about their appearance. Sometimes the patient struggles to see anything positive about their appearance when looking in the mirror and I may help them by pointing out how good their skin is, how nice their hair is or the colour of their eyes. I then ask them what, if anything, they would like to change or improve. Often they will say ‘what do you think, you’re the expert?’ My response is normally ‘no you’re the expert on you, not me’, which I find gives them the freedom to discuss what is bothering them and allow them to take some control over what is often an anxious situation for them. It also avoids you pointing out something they didn’t even notice in the first place!

Some patients have a very negative rapport with their own image and it’s important that we give people as positive a mirror experience as we can. When some patients look in the mirror they may have been looking at their own reflection every night in despair, believing that having aesthetic treatments will solve everything that they feel is wrong in their world. That’s why it’s important to not only discuss the positive impact of the treatment you are providing, but also its limitations. We all know the importance of managing the patient’s expectations. As a clinical hypnotherapist, I know that the reflection of self in the mirror is very powerful.

One way to help ensure your patients have a positive rapport with themselves is to advise them to only think of the positive things in their life/appearance when they look in the mirror before bed. This is important because I want them to go to sleep with positive thoughts that their unconscious mind will turn over as they sleep. A recent study of 3,548 individuals made a connection between optimism and positive self-reported sleep behaviour, so try it.17 You have nothing to lose but negative processing. Sometimes I have a patient who comes in and has a very negative image of their reflection caused by past trauma like a car accident or physical abuse. The physical scars can be very small but there’s often significant emotion attached to them. I use a technique called ‘collapsing anchors’ to shift the emotion, which is a simple neurolinguistic programming technique that aims to change negative feelings or emotions to make the patient less upset when they look in the mirror.18 Combined with a positive mirror experience, I have found that the collapsing anchors technique can be transforming.

The mirror can be a powerful tool in your clinic and is too often used to focus on perceived or real flaws. Patients come to see us with cosmetic concerns that are often tied up with emotional issues, so giving them a good experience is as important for the patient as it is for your clinic, and for you as a clinician. By giving your patient, and yourself, a good mirror experience you will not only help improve their self-esteem, but you will be in a better frame of mind yourself!