Understanding BDD from a Patient Perspective 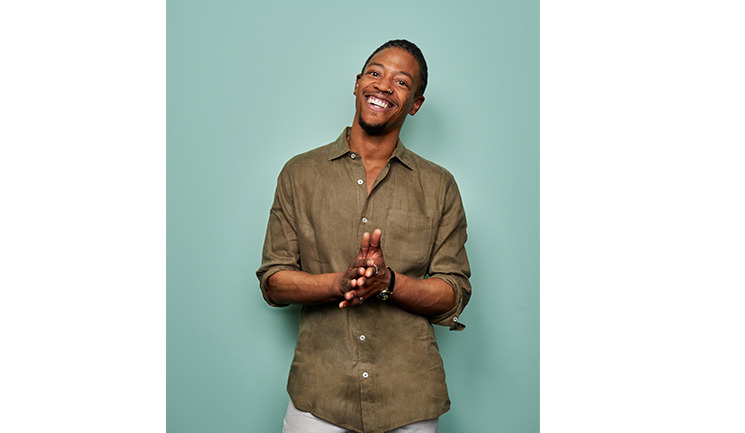 It is estimated that among those who undergo cosmetic procedures, around one in eight suffer from body dysmorphic disorder (BDD).1 BDD is a mental health disorder where a person has a distorted view of how they look and obsessive thoughts over their perceived flaws, which affects their ability to lead a normal life.

In this article, I interviewed Omari Eccleston-Brown who has BDD. I came across Omari when I was researching into how the illness can impact a person’s life, and stumbled across an article written by him on his experience with BDD. Omari has his own tutoring business based in London and is a speaker for mental health issues. In this interview he explains what it is like to have BDD, and highlights why it is so important for an aesthetic practitioner to know about it.

Dr RJ: Tell us a little bit about yourself

OEB: I am 32-years-old living in London, founder of Believe in Learning and I tutor English, Maths and Spanish. I have had BDD for more than 15 years, but was unaware of it for a long time. It was only when my mother showed me an article she came across on BDD and Michael Jackson that I realised I had something similar, and it was from there I self-diagnosed my BDD and went to my GP requesting a referral for cognitive behavioural therapy (CBT). I was later officially diagnosed with body dysmorphic disorder in 2012 by a clinical psychologist at the Maudsley Hospital’s specialist centre for anxiety disorders and trauma.

Dr RJ: How did your symptoms of BDD first present?

OEB: It started when I was about to turn 16 – my dad surprised me for my birthday with a photoshoot because at the time, I wanted to be a model! A few weeks before the photoshoot I started to have negative thoughts about my eyes – I felt I looked tired all the time, that I had bags under them. I would be constantly checking the mirror and trying different things to help. The morning of my photoshoot I locked myself in the bathroom. I reached out for my mother’s makeup bag thinking to myself, “Am I really going to do this?”. I had never worn makeup before, and even though I knew I had my very traditional father waiting for me downstairs, I felt I had to put on makeup to cover my eyes, so I did.

Dr RJ: How has BDD impacted you?

OEB: It’s impacted my life hugely, particularly at university where the thoughts became all consuming. I used to always wear glasses to try and cover my eyes, and I never took them off in front of people. Socially, I appeared to be very confident and outgoing, but on the inside, I was anxious about what people were thinking of me. I couldn’t do sports I enjoyed, I couldn’t have any relationships. Sometimes I used to go to the meadows alone just to scream and let it out, as I had no other outlet. At the time I didn’t have awareness of mental health, so I didn’t know what was going on.

Dr RJ: What types of thoughts and feelings do you get with having BDD?

OEB: It varies really. There have been times where I’ve spent hours looking in the mirror. Other times I can be doing something, but thoughts on how I look always remain at the back of my mind. Often my thoughts are that my eyes look ‘abnormal’ or ‘freakish’ and there would be an immediate compulsion to do something to fix it. There was a period where I was convinced that it was because of water retention, so I used to sleep sitting up! I used to think that if I walked into a restaurant, people would be put off their food because of being repulsed by how I looked, so I felt like it was my duty not to go. That’s how extreme it can get.

Dr RJ: What were/are your triggers?

OEB: I suffered from a dry-eye condition before university, which triggered my BDD and after that, it never went away. Typically for BDD patients it tends to be a traumatic event or illness related to their perceived flaw, or as a result of bullying. What continues to trigger my BDD is anything that makes me feel socially anxious or when I feel like I’m not in control of my appearance. One example is going on a long-haul flight – I don’t like falling asleep on the plane and then waking up with tired eyes surrounded by people as it triggers the anxious thoughts.

Dr RJ: Does the BDD apply to any other areas of your body or just the eyes? For example, if you gained weight, would this influence BDD around your body shape, or would that not be an issue?

OEB: It’s my understanding that it is common for BDD concerns to affect many features or body parts at the same time or for it to move from one specific feature to another – for example, following cosmetic surgery, the person may then go on to fixate on another part of their body. For me personally though, the thoughts have always been about my eyes. I guess what has varied slightly is that at first I was only concerned about the bags under my eyes, but then as I started to wear glasses to try and mask this, I went on to developed a secondary concern that I had caused my eyes to become weak and ‘beady’ as a result of wearing my glasses too often. With regards to other body features, or any weight changes, I have the usualconcerns. Sometimes I might be displeased by something and even grumble about it, but it never leads to obsessive behaviours or intrusive thoughts.

Dr RJ: What has helped you with BDD?

OEB: I have found that CBT specifically targeted for BDD helps me a lot. I’m currently undergoing my fourth round of CBT treatment. My first session was general CBT between 2010-2011. It was okay, but it was missing a lot of the techniques that you get when you have CBT targeted for BDD. I then signed up to a trial of CBT in 2012 at the Maudsley for 12 sessions weekly, and that really helped. In 2019 I had a 20-week online structured support group led by other people with BDD and I’m currently undergoing CBT for BDD at the Maudsley again. I also take a high dose of SSRI (anti-depressant) medication which is what is recommended for BDD and have been taking it for the last four months. I have been on SSRIs twice before, and have also come off them, without any side effects.

Dr RJ: What are your thoughts on aesthetic treatments?

OEB: I think generally they can help people’s confidence. For someone with BDD, however, I think it can be dangerous. It’s very common for people with BDD to do hours of reading on fixing their problem, including cosmetic treatments. I’ve had appointments with two different practitioners to have cosmetic treatment for my eyes (fillers). The first person I didn’t like very much, the second person was really honest and didn’t think it would benefit me. I really appreciated that, and I didn’t have treatment in the end. The thing with BDD is that you just don’t have an accurate sense of how you look. Even now when I look in the mirror, it can be as intense and as distorted as it was 16 years ago, and sometimes it still makes me feel really sad and vulnerable.

This interview gives insight into a patient’s personal experience of BDD, and how challenging it can be to live with. It also highlights how common it is for BDD patients to seek cosmetic treatments, often because they believe their perceived flaw requires fixing.2

Prior to diagnosis, Omari struggled for many years without knowing his condition. With BDD being a very under-diagnosed3 and a compulsive disorder, it is incredibly important for aesthetic practitioners to be aware of BDD, how it affects the patient, and decide the appropriate care pathway.

One recommendation is to start off with screening all patients at the initial consultation. Pre-treatment screening is now considered to be a crucial part in the practitioner’s role in providing appropriate care and treatment.4 Let us take Omari as an example of a patient we may come across in a clinical setting. If a pre-screening questionnaire is presented to him in the first instance, it would raise a concern in the practitioner’s mind. A standard questionnaire such as the Body Dysmorphic Disorder Questionnaire – Dermatology Version (BDDQ-DV) is relatively quick and straight forward to complete and could easily be implemented in practice.5

You may consider alternative screening tools for BDD such as the Body Dysmorphic Disorder Questionnaire (BDDQ),6 the Cosmetic Procedures Screening-Questionnaire (COPS),7 or the Body Image Disturbance Questionnaire(BIDQ).6 Figure 1 shows the BDDQ-DV.5 To screen positive for BDD, patients must report both the presence of ‘preoccupation’ and a score of three or higher to the questions ondistress/impairment in functioning.5 In such cases, a referral for psychological assessment would be an appropriate step to take. This has to be handled with care and support, as it can be a distressing and confusing time for patients. The key is to understand, listen to the patient’s concerns regarding their appearance, and give enough time to explain to them the reasons for referral.

To date, the vast majority of studies suggest that cosmetic treatments for individuals with BDD are associated with poor outcomes.8 This is because BDD patients are often dissatisfied with the treatment, or they can develop new appearance preoccupations.9

Violent behaviour towards the practitioners can also be a possibility. In addition, patients can often become litigious after ‘failure’ to resolve their defect.10 More recently, however, there have been suggestions that patients with mildto- moderate BDD with no significant impairment in overall functioning and realistic psychosocial expectations may benefit from certain cosmetic treatments.11

Case selection is of utmost importance. The provider should be able to meet the patient’s expectations, as the degree of satisfaction with the cosmetic treatment outcome is associated with the perception of the patient’s body image.3 The BDD should be well controlled, and the patient should be on appropriate medication if required. This should be in conjunction with a multidisciplinary approach, involving psychiatric/mental health support for the patient prior to treatment and for aftercare.

Whichever pathway you choose for the patient, it should always be in their best interest. BDD can be a devastating illness, where the patient suffers with endless tormenting thoughts on their appearance.

I conclude this article with a quote from Omari, leaving you with some final thoughts: “It’s important for aesthetic practitioners to be aware that for those who have BDD, their concern goes far deeper than a mild dissatisfaction with their features. They believe the flaw defines them as a person, and their own sense of self-worth.”