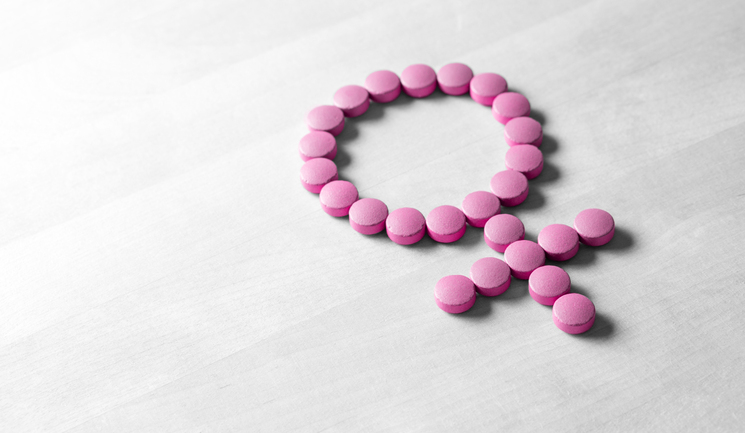 Dr Aarti Narayan-Denning explains how a woman’s hormones alter in order for menopausal transition to take place and how this impacts physiology, anatomy and ageing.

Female hormones change across stages of reproductive ageing, culminating in the menopausal transition, altering physiology and anatomy and accelerating signs of ageing in the process. Unlike most clinical articles in this subject area, which generally revolve around treatment of menopausal symptoms, this article is concerned with the endocrinology of the menopausal transition, leading up to the clinical features we recognise.

Menopausal physiology was not researched as extensively as the menstrual cycle until these past 20 years. Only now do we benefit from standardised nomenclature for stages in the menopausal transition; improved knowledge of reproductive ageing physiology; and how it relates to the challenging symptoms experienced by women. The NHS website refers to menopause as ‘the cessation of menstruation following the loss of ovarian follicular activity’.1 The clinical diagnosis of menopause is made when 12 months of amenorrhoea (absence of a menstrual period) follow the final menstrual period (FMP); the average age of menopause in the UK is 51 years. Perimenopause (the transition) and menopause are collectively referred to as the ‘climacteric’.2 There are a number of statistics relating to menopause that are useful for practitioners to be aware of. First of all, the average life expectancy of a woman in the UK is 82.5 years, compared to 50 years in 1900 and about 46% of the UK female population (33 million in 2016) is above the age of 45.3,4 The Office for National Statistics also reported in July 2017 that around 4.3 million women aged 50 or over, including 75-80% of women of menopausal age, were in employment; of those, 75% experience symptoms, of which 25% experience serious symptoms.3,4 With that in mind, medical aesthetic treatments are frequently carried out to address the medical and psychological needs of this demographic, so it is essential to understand this stage of patients’ life.3,4

Hormones relevant to the menopause are the sex steroids (oestrogens, androgens and progestogens) and the hormones of the hypothalamic-pituitary-ovarian (HPO) axis. Sex steroids are the main steroid hormones produced by the ovaries. Each stage of their biosynthesis is used in diagnosis and treatment of hormonal imbalance – pregnenolone, DHEA, oestriol, progesterone, to name a few.8 The pituitary gland produces follicle-stimulating hormone (FSH) which acts on the ovaries to stimulate the development of a mature egg every 28 days, and luteinising hormone (LH) which stimulates ovulation. Pituitary function in turn is controlled by the hypothalamus, which acts as the master controller for reproductive function via luteinising hormone-releasing hormone (LHRH) and gonadotropin-releasing hormone (GnRH).8 It is vital to understand how the premenopausal cycling of female sex steroids is controlled and how they differ from hormones such as thyroxine and insulin, which is indicated in Figure 1. However, both steroid and peptide hormones are signalling molecules that regulate the physiology of organs. They are produced in endocrine glands and reach target organs via the bloodstream.

The HPO axis primarily acts as a negative feedback system (except for the mid-cycle gonadotropin surge which triggers ovulation), whereby peptide gonadotropins stimulate steroid hormone production in the ovaries. This in turn inhibits gonadotropin secretion, thus allowing menstrual cycles to occur.5-7 The feedback systems in the HPO axis in relation to premenopausal ovarian function and hormones are summarised below to refresh the memory before proceeding to hormonal changes of menopausal transition:

1. GnRH released from the hypothalamus stimulates the pituitary to secrete FSH

4. After ovulation the ruptured follicle becomes the corpus luteum, secreting progesterone and decreasing levels of E2 during the luteal phase5-7

At the start of the menstrual cycle, the ovary contains several antral follicles, which contain oocytes enclosed in granulosa cells, basal membrane, and outer theca cell layers. The follicle most sensitive to FSH stimulation goes on to mature (dominant follicle) while others degenerate.5-7 The theca cells of the dominant follicle develop LH receptors, which produce androgens. Granulosa cells have FSH receptors. These cells absorb androgens and metabolise them to E2.5,7 Granulosa cells also produce the peptide hormone, inhibin (isoforms A and B).5,6 Increasing levels of E2 from the dominant follicle stimulate endometrial proliferation. At the pituitary gland, rising levels of E2 and inhibin B act to reduce FSH and LH secretion (negative feedback).5-7

E2 production from the ruptured follicle falls abruptly at the time of ovulation and continues falling through this phase. The follicle becomes the corpus luteum (Latin for yellow body), producing progesterone and diminishing amounts of E2, which now act on the endometrium to promote implantation.8

LH maintains the corpus luteum in the post-ovulatory week. If pregnancy does not occur, the corpus luteum degenerates. E2 and progesterone production falls, as does the negative feedback on FSH. As a result of this, FSH rises and a new menstrual cycle commences.8

The ovaries of a 20-week female foetus contain about 7.5 million immature ova (germ cells) enclosed in follicles. This follicular pool depletes steadily, falling to two million at birth and about 300,000 by puberty. A 37-year old woman will have about 25,000 healthy ova left. At this point, follicle depletion accelerates, usually resulting in menopause around age 51.5,6,9,10 Environmental factors such as cigarette smoking and iatrogenic causes (ovarian surgery, chemotherapy) accelerate follicle depletion and the menopause occurs earlier.5,6,9,10 Early in the menopausal transition, menstrual cycles become shorter and irregular, increasing follicular loss from about 10 years pre-menopause. Eventually there is only occasional ovulation. Perimenopausal women have hypomenorrhea and oligomenorrhea (infrequent and light menstruation) and often more than 35 days between cycles.11 When follicular cells deteriorate to the extent that immature ova cannot be developed, the necessary sex hormones can no longer be produced and ovarian failure results.2 Oestrogen and progesterone levels fall, and deficiency symptoms may occur such as hot flushes, anxiety, joint and muscle pains.2

E2 levels start falling in the two years preceding FMP, whilst FSH rises.10 Persistently low E2 levels occur only after the 12-month period of amenorrhea.9 The predominant oestrogen in postmenopausal women is estrone (commonly abbreviated as E1), unlike estriol in the premenopausal state. Androgens secreted by adrenals and postmenopausal ovaries are converted to E1 in adipose tissue and liver.5 In the late menopausal transition, FSH levels slowly decline,2 as do levels of sex hormone binding globulin (SHBG). This leads to a relative increase in free testosterone proportion.9 Androgen levels are not significantly affected by natural menopause, but ovarian androgen production will be lost in women having gonadotropin suppression treatment, whose ovaries were surgically removed, or damaged by chemotherapy or radiotherapy.

Symptoms of the menopause and underlying pathophysiology11

Symptoms of the climacteric are due to relative decline of E2 alongside health and psychosocial stressors. Commonly reported menopausal symptoms are:14-19

Low levels of oestrogen can influence the appearance of facial contours, especially the perioral skin, lips and eyes. The speed of resorption of the bone structure is dependent on the level of oestrogen present.16 As well as this, change in sleep quality is common in menopause and may occur independent of vasomotor symptoms. Treatment of insomnia may be an important indication for hormone therapy. Arthralgia is also often incapacitating and increasingly frequent with progression of menopausal stages. It affects women treated with aromatase enzyme inhibitors after breast cancer, which is strong evidence that arthralgia is consequent to oestrogen depletion.17-19 More commonly, menstrual irregularity is an early indication of the perimenopause. Menopausal symptoms may start years before menopause, with no cut-off for start or end age.

Clinical considerations when treating patients in the climacteric

It is helpful to identify the patient’s stage in the menopausal transition. For women with an intact uterus, this diagnosis is clinical; change in the cycles and eventually amenorrhea. For women who cannot report their cycles (history of hysterectomy, endometrial ablation or progestogen intrauterine device), hormonal measurement described above can help. Oestrogens modulate skin physiology by targeting keratinocytes, fibroblasts, melanocytes, hair follicles and sebaceous glands, encouraging angiogenesis and wound healing. Oestrogen deficiency accelerates skin ageing and causes atrophic skin changes.17

There are some important considerations when contemplating medical aesthetic procedures in menopausal women, particularly in relation to how the skin and subcutaneous tissues will respond and heal. If we consider the changes occurring in the body during this period (described above), we can see how they will impact healing and outcomes in these patients following medical aesthetic procedures.

Treatment plans for patients in menopausal transition should thus consider the extensive systemic changes going on. Outcomes will be impacted by healing times, psychological and physical wellbeing.

Women in the climacteric are a substantial, economically productive and a clinically significant cohort to aesthetic practitioners, so understanding this state and the resulting medical and psychosocial needs is essential. To summarise, the hormones relevant to the menopause are the sex steroids and the hormones of the HPO axis. There is progressive deregulation of the HPO axis alongside depletion of follicular reserve, resulting in ovarian failure. This is central to the pathophysiology of menopause. Because E2 and FSH levels vary markedly over the menopause transition, measuring these are less reliable as guides to the patient’s menopausal status. Before we treat patients, it is vital to understand the endocrinology of the menopausal transition, which should help us to recognise the clinical features that are often presented in clinic.