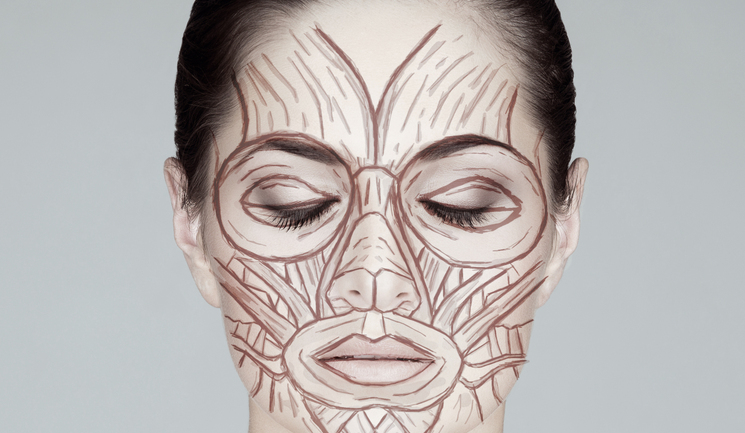 As aesthetic practitioners treating with dermal fillers, blindness is one the most terrifying complications that can occur. Sound anatomical understanding of the orbital and ocular vascular anatomy and its anastomoses with other arteries of the face is of vital importance in minimising the risk of any such occurrence.

In this article, I will detail the orbital and ocular vascular anatomy relevant to facial injectables, and summarise the complication risk and treatment of blindness or potential blindness.

The main blood supply to the eye generally comes from the ophthalmic artery (OA); the very first branch of the internal carotid artery (ICA).1 It was first discovered in 1887 by German anatomist Franz Meyer1 and extends to form an extremely intricate and complex vascular orbital distribution with a lot of variation between people. For example, in 3% of individuals, the OA arises from the middle meningeal artery, a branch of the external carotid artery (ECA), instead of the ICA.2 The OA supplies two distinct regions; the orbital region (supplying mainly the orbit) and the ocular region (supplying mainly the muscles and surrounding regions of the eye), indicated in Table 1.2

The ICA most commonly travels in the cavernous sinus and before it exits, it gives off the OA, which courses with the optic nerve in the optic canal and enters the orbit via the optic foramen.3,4 This diagram (Figure 1) illustrates anatomically where the main arteries supplying the orbit or ocular regions are, which are all branches of the ophthalmic artery, further showcased in Table 2.

The ECA has two main branches that supply the orbit; the infraorbital artery, explored in further detail below, and the middle meningeal artery.3

There are some arteries in particular to be aware of when injecting dermal fillers in the face which can be a high risk profile for complications.6 Occlusion of the long and short posterior and anterior ciliary artery can lead to signs and symptoms of anterior ischemic optic neuropathy (AION), including loss of vision (LOV) which results from reduced or no perfusion of the ciliary blood supply specifically to the optic nerve head, which these arteries supply.7 The supraorbital and dorsal nasal arteries are terminal branches of the ophthalmic artery; filler blocking these can send off an emboli that can backflow into any of the arteries directly supplying the optic nerve or retina.8 The key consideration with understanding this anatomy is that there is a huge network of anastomoses between all of these arteries.

This can lead to filler emboli in the dorsal nasal artery, which has anastomoses with the angular artery and eventually into other branches of the OA that supply vision.8,9 The most common region is actually the glabellar region, which accounts for almost 40% out of the 98 visual loss cases after injectables.8 The pressure from the injecting syringe pushes the filler past the OA and once this pressure is released, the systolic pressure within the OA then pushes the filler emboli into the OA branches, including the central retinal artery potentially leading to LOV.8

The ophthalmic venous system parallels the arteries and they lack valves. Most of the veins drain into the cavernous sinus and inferior orbital fissure.4

Whilst this complication is rare, understanding how to avoid it and how to treat it if it did happen, is a vital part of being an aesthetic practitioner. On the rare occasion that LOV does occur, it will usually be within seconds after an appropriate artery has been affected. The central retinal artery, being one of the most important, once occluded leaves only a 60 to 90-minute window before LOV is irreversible. This is demonstrated in a study conducted by CJ Hwang et al. in 2019 where New Zealand red rabbits were used to stimulate hyaluronic acid gel filler-associated vascular occlusive blindness.10 Fundus photography and electroretinogram changes were recorded at 30, 60, 90, and 120 minutes. Out of the eight eyes experimented on, two had recorded partial occlusion and six eyes had fully occluded ophthalmic arteries. One of the partially occluded eyes demonstrated some improvement 60 minutes after injection of retrobulbar hyaluronidase; however, electroretinogram readings remained flat over the 120-minute period of observation.10

A literature review conducted by S Tobalem et al. in 2018, found this time to be much shorter however. They reported the retinal ganglion cells, supplied by the central retinal artery, are part of the central nervous system which undergoes infarction after non-perfusion of 12-15 minutes or less.11 The most common signs and symptoms of impending blindness include pain, sudden LOV or blurred vision, ptosis and weakness/ paralysis of ocular muscles (ophthalmoplegia).8 This is due to the disturbed flow to multiple arteries surrounding the eye including, for example, the supraorbital and infraorbital arteries.

A meta-analysis conducted by Dr K Beleznay in 2015 concluded that there had been 98 cases of LOV after filler injections (including autologous fat, hyaluronic acid, poly-L-lactic acid and calcium hydroxyapatite) reported.6 After injection into the glabella region, causing 38 out of the 98 cases of LOV, the nasal, nasolabial fold and forehead were the most common regions that resulted in LOV after filler injections.6,8,12 Almost 50% of these were due to autologous fat injections, followed by 23.5% caused by hyaluronic acid fillers and the rest due to poly-L-lactic acid, paraffin, collagen polymethyl methacrylate, silicone oil and calcium hydroxyapatite.6,12

The periocular region, including the tear trough region and cheeks, poses a moderate risk, accounting for a total of 11 out of the 98 injected regions that resulted in blindness, according to Dr Beleznay’s 2015 paper.6 It was reported that most cases of vision loss did not recover. Central nervous system complications were seen in 23.5% of the cases.6 The same authors then carried out a second review to update this information in 2019. It was concluded that 48 new published cases of partial or complete vision loss after filler injections were identified from January 2015 to September 2018.13 The most common and highest risk regions that results in LOV were the nasal region, glabella, forehead and nasolabial fold.

Hyaluronic acid filler was the cause of these complications in 81.3% of cases.13 Ten cases experienced complete recovery of vision, whereas eight reported only partial recovery.13 In 2018, there was also a paper published by Thanasarnaksorn et al., which highlighted a case series of six patients that developed sudden loss of vision secondary to hyaluronic acid dermal fillers.14 Treatment areas included the nose (4), temples (1) and forehead (1). The researchers found that fast and early intervention including hyaluronidase injections and ocular massage were effective at reversing or at least restoring some of the ophthalmic circulation in some patients.14

Walker and King created a list for the emergency management:8

There is also the Aesthetics Interventional Induced Visual Loss (AIIVL) Consensus Group, which launched a few years ago, which aims to provide guidelines for managing such complications.15,16

In addition to the list provided by Walker and King, the group advises giving glyceryl trinitrate spray sublingually and providing guidance for specialists in a secondary care setting, when the patient is not in clinic for example. The AIIVL Consensus Group also provides guidance on how best to support the patient and report the complication to authorities.16

The vascular anatomy of the eye is complex with a multitude of anastomoses between the ECA branches and the OA and its branches. This explains why certain arterial areas of the face, including the nasolabial fold and glabella region, are high risk for LOV complications.

Of course, there are factors that you could adopt to make injection technique safer, which is outside the scope of this article, but sound understanding of the anatomy of the vascular system surrounding the eye is of key importance for any aesthetic practitioner practising dermal fillers.