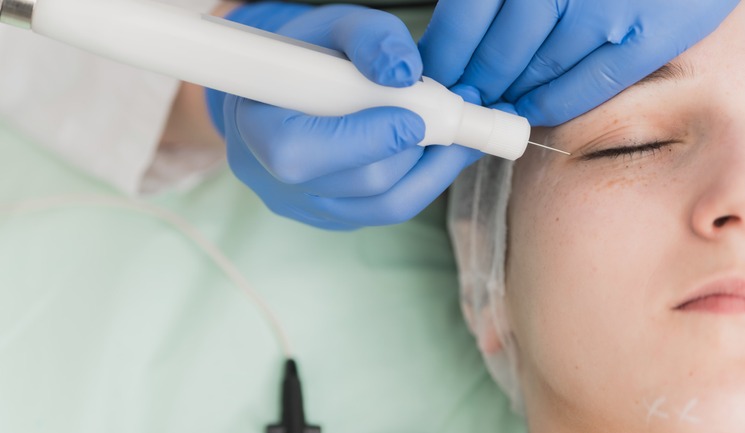 A report in the consumer media of a patient suffering scarring after a fibroblast plasma treatment administered by a beautician has led to criticism of irresponsible practice.

A 59-year-old woman from Hampshire underwent a fibroblast treatment on her neck, which was administered by a beautician. The after-effect was dubbed ‘lizard neck’ by the consumer press as she was left with multiple long-lasting unsightly marks and no positive effects.

The treatment used was a fibroblast plasma skin-tightening treatment, designed to tighten loose skin by inducing collagen production through small thermal burns in the skin delivered by a handheld device.

The patient’s experience has led to more regulation debates within the aesthetics specialty.

Sally Taber, trustee of the Joint Council for Cosmetic Practitioners, said, “Many non-surgical cosmetic treatments, especially those seeking major changes in appearance, demand skills and facilities that are expensive and time consuming to reach. It is highly unlikely that a beauty therapist will have these.”

She went on, “Failures like this are not uncommon and will remain so until outlawed by national regulation enforced by legal safeguards such as the Health and Social Care Committee’s proposed licensing scheme.”

A number of practitioners voiced their concerns regarding the incident on social media after it surfaced, highlighting the importance of appropriate patient selection and the potential for complications when performed in the wrong hands.

Aesthetic practitioner Dr Joshua Van Der Aa commented, “In theory, these treatments burn small dots in the surface of the skin to cause regeneration then contraction. But they don’t work quite like that, largely due to the lack of safety and control. They emit quite a lot of heat and energy, so if you press it for too long or create too large a burn, it will cause a wound and leave a scar.”

Plastic surgeon Mr Ayad Harb added, “Risks such as burns, scarring, hyper- and hypopigmentation, open wounds, infection and delayed healing are some of the most important risks that must be outlined to patients, and often are not. Scars and pigmentation problems may be irreversible.”

Whilst many practitioners criticise the treatment approach, others believe this type of technology can be effective when the correct product is chosen, it is administered in an aesthetic setting by a trained medical practitioner, and when it is the best-placed procedure to address a patient’s concerns.

He continued, “Any gas-plasma based treatment should simply not be performed by anyone other than an experienced medical practitioner who understands the entire patient care pathway, from consultation to consenting and most importantly, complication management. Gas-plasma is an incredibly effective and safe technology when delivered in the right way, to the right patient, for the right reasons.”