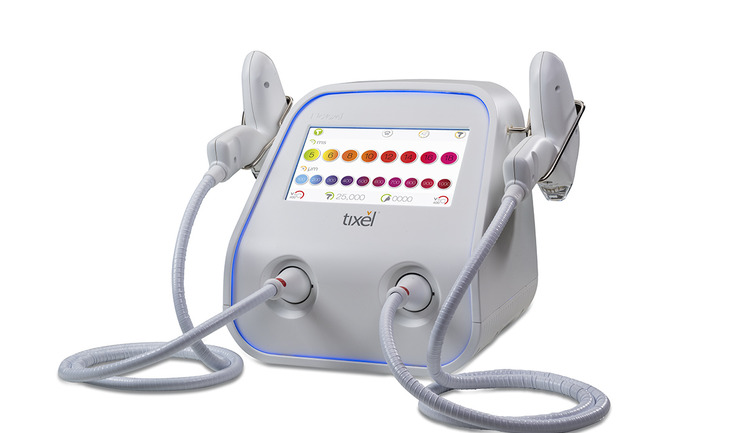 Launched at the Aesthetics Conference and Exhibition this year, the device was created by the Israel-based manufacturer Novoxel, and is a thermal fractional skin rejuvenation system that has both an ablative and non-ablative mode with two handpieces instead of one.

According to AZTEC, this gives practitioners the ability to quickly switch from a facial treatment to a periorbital treatment at the touch of a button, as it can accommodate both handpieces at the same time. The company adds that the Tixel 2 employs a 400ÆC metallic tip consisting of 81 small pyramids to the skin. This creates craters 100- 320mm wide with a thermal zone 100-170mm deep, stimulating the skin’s recovery mechanisms and promoting cell renewal.

Anthony Zacharek, general manager for AZTEC Services, said, “With Tixel 2, both the facial and periorbital handpieces are connected at the same time, eliminating the need to swap handpieces during treatments, therefore saving time and making the treatment experience smoother.”