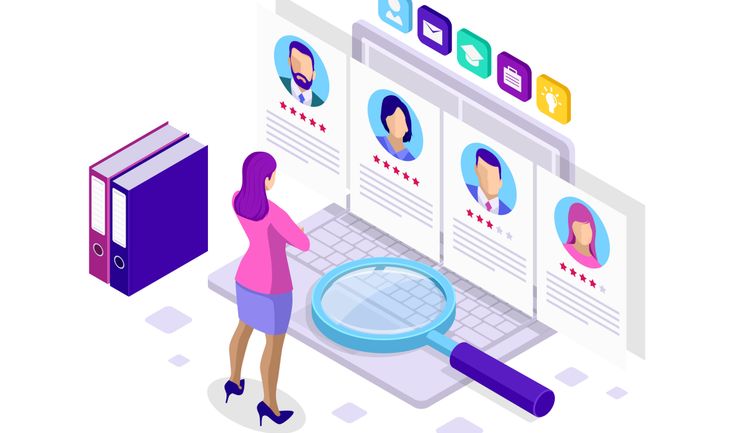 After nearly 17 years in business, I was long overdue in hiring a clinic coordinator. I was drowning in admin, having to turn away new enquiries, and working until 10 o’clock at night when I decided it was time to expand the team. But how could I add the task of finding the perfect person to complement my business, which had been my baby for longer than my actual baby – my daughter is now 14 – to my already overfull schedule?

At that point, my amazing aesthetician and I comprised the entire team. Beyond two other visiting practitioners, we didn’t have anyone else on the team and certainly not in an admin role. It was therefore time to hire a clinic coordinator. After a trial using a recruitment company – I have learnt that these don’t always work well for everyone – I decided to recruit my new hire on my own. After three months I eventually found the right person, so I’d have no hesitation in recommending someone in a similar situation to do the same.

There is no one-size-fits-all perfect hire; after all, your perfect team starts with YOU and what works for some might not work for others. But if you are interested in learning how I made the right choice without compromising, here’s how I did it.

There are hundreds, if not thousands, of sample ‘clinic manager’ or ‘clinic coordinator’ job specifications out there. In my opinion, you shouldn’t look at any of them, at least, not straight away. It’s important to think of what you specifically need to complement your role in your business. I took out a big piece of paper, wrote ‘Wonder Person’ in the centre, and then everything that needed to be done in the clinic around that.

From the latter two categories I formed the crux of my future clinic coordinator’s job description. Only following this exercise and honing in on your company’s specific needs would I recommend that you look at other job postings, just to ensure you have not missed something.

2. Write (and post) the job spec with the perfect candidate in mind

Imagine you are the perfect candidate to complete your team, with all the right motivations and skills. Now, what is going to attract you to this role? Throughout the job specification, you should advertise the value you will provide to them. It’s their job at the interview stage to convince you of the value they will provide to you, but we will get to that later. We had previously employed a business coach to help me grow my business and take it to the next level and they advised to start the job spec with leading questions to capture attention. Some examples include, “Do you want to work in an amazingly tranquil setting with a supportive team around you?”, or “Do you want to work for a clinic that WILL value you and reward you for your contribution?” We asked our new hire what attracted her to the role and she said it was these questions that ultimately convinced her to apply.

Also consider where you want to post the advert. We had success with Indeed, but other platforms such as LinkedIn, Facebook and the Aesthetics Media jobs page, allow you to post vacancies and can be useful tools. How much you pay to post your job is up to you. Indeed’s free listing yielded us around 70 applications, LinkedIn’s paid option yielded us about four, and though we didn’t use Facebook or Aesthetics Media’s free options, we would be happy to try in the future.

Another feature we liked about Indeed is that it allowed us to include questions in the application process that would pop up on our applicants’ screens as soon as they submitted their CV. By making the questions optional, it made it easy for us to pass on candidates that chose not to answer. We asked three short answer questions:

At this point, we were really just looking for a level of engagement from the candidates. We wanted to see relevant, interesting answers instead of just textbook responses. There was not much that would rule them out initially beyond leaving the questions completely blank, showing no effort, or extremely poor spelling and grammar. Based on their answers, we could narrow our selection down to 12 candidates with which to proceed.

Because of the speed and ease at which we can type a quick message between appointments, email is tempting to use when beginning to whittle down your applications. Instead though, I would highly encourage you to pick up the phone. Gauging someone’s phone manner is important for most roles, but especially a clinic manager, coordinator or a front-of-house position.

Instead of inviting them for an interview, a 30-minute phone call with each candidate will tell you whether you’re able to establish a rapport with them. With some, you’ll know within just five minutes if they’re not right for your team, meaning your time with that candidate can end there. I asked candidates at this stage questions such as, ‘What do you know about my business?’ and ‘Who do you think my typical patient is?’ After explaining the role and my needs, I asked, ‘Based on what you now know, and based on your skillset, how do you think you could help me and fit into this role?’

From the 12 phone interviews we did, which we easily scheduled between patients or at the end of my clinic day, I whittled our list down to just six candidates that I believed were suitable for the next stage. This saved hours I would have spent interviewing had I not first conducted this vital step.

I recommend inviting your candidate in for a quick, informal meeting at the clinic before a proper interview. The main benefit of this is that you can figure out how well they would fit the role and the rest of your team without having to schedule masses of time to go through questions like salary requirements or flexible working hours (which generally don’t need to be discussed until later). I invited the candidate to the clinic, showed them around, and then sat down for an informal chat that took about 30 minutes. For other clinic owners, this may be quicker! I found that the more interested I was in a candidate, the longer the conversation lasted. Questions to ask yourself here: do they fit the role well? For example, do you want someone friendly and bubbly, or calm and stoic? Can you see yourself building a rapport and working long hours with them? Be careful of judging a book by its cover and remember you can’t exclude a candidate based on age, race, gender, orientation, religion, etc. Of the six candidates we invited to our clinic for an informal meeting, there were only three we wanted to take to the formal interview stage. I felt a natural affinity with these three candidates in regards to how they engaged and communicated with me; I was looking for someone that could work on the same page as me, sing from the same hymn sheet, adopt our ethos and message, and work in synergy with us. A lot of it was down to intuition and how I interacted with each person, as well as how I could perceive them interacting with my patients.

Here’s a curveball – give candidates a test as soon as they walk in the door. I asked my candidates to take 20-30 minutes in another room and write a letter from my perspective pitching a marketing collaboration to a local business. It may seem mean, but it tested their ability to work well under pressure, their confidence with the written word, and whether they had an understanding of my business.

And it doesn’t have to be writing a letter. Another practitioner may prefer to test candidates on their IT ability, creative flair or emergency response skills. Any test to learn more about a candidate’s skillset, along with their reaction to being asked to do an unexpected task, will help you in your decision-making process.

After that, we sat down for the formal interview and went through more standard questions along with posing scenario-based questions. We asked questions such as, “Say you have a patient complaining to you about my services. How would you proceed?” and “If you had a patient collapse in the waiting room, what would you do?” Don’t be afraid to ask about tough scenarios. They come up in real life, so it’s best to bring them up in the interview stage to not only measure your candidate’s responses, but to also prepare them for what they might expect working for you. These interviews ranged from two hours to only 40 minutes – here I knew 10 minutes in that it wasn’t going to work out. Generally though, I suggest to give your candidate time to shine; people may be nervous and need a little time to become comfortable.

After finishing the last formal interview, I took a few days to reflect before offering the job to my preferred candidate. However, not everyone will feel ready to make their decision quickly, and it’s important to get the decision right. If you’re not ready yet, other things to consider are bringing candidates back for a second formal interview, taking them out into a different setting to see another side of them, or bringing someone else into the interview to get a second opinion.

You know your business

Personally, I was deciding between two candidates. Both were very strong with wide-ranging skillsets who had performed very well at their interviews. There was no clear winner, so I ultimately went with my gut, and sometimes that’s all it comes down to.

After all, the person who knows my business best is me, no matter how much I value other people’s opinions. This is why I was happy to conduct the process myself from start to finish, even though it was ultimately a bit more time-intensive. By doing it this way, I felt in control the entire time, I kept 20% of my hire’s salary in my business rather than a recruiter’s pocket, and I have been very happy with my choice since.