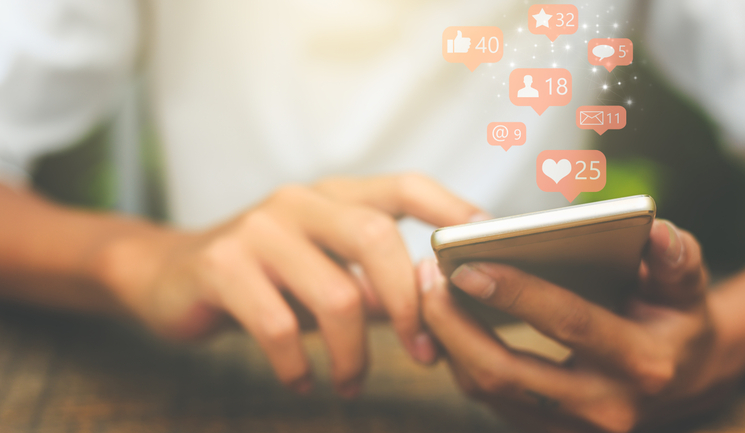 Aesthetics investigates the new consumer craze that puts the spotlight on ageing and explores its potential positive and negative impacts.

From buttock implants and overfilled lips to cupping therapy and unusual eyebrow shapes, fads are common and popular in the cosmetic and aesthetic field. These days, it is usually social media that fuels trends and they can quickly go viral, with millions of people taking part. By now you have probably heard about the latest craze that took over social media in January – the ‘10 Year Challenge’. This movement is similar to other viral social media challenges, such as the ‘Cinnamon Challenge’, the ‘Ice Bucket Challenge’ and more relatable to the current viral movement, the ‘No Makeup Selfie’. The difference is that the 10 Year Challenge draws a clear, and direct comparison to one’s image, and more specifically, how well they have aged.

It involves individuals posting a then-and-now comparison image of themselves in 2009 vs. 2019 on Instagram, Facebook and less commonly Twitter, using the hashtag #10YearChallenge. It is also going by different names such as ‘Glow-up Challenge’, ‘2009 vs. 2019’, and ‘How Hard Did Aging Hit You’. How or where it originated is unclear, but what is clear is the number of people taking part – at the time of publication, there were more than four million posts on Instagram alone using #10YearChallenge.1 So, with a craze that is directly exploring the process of ageing, how is this affecting patients, and what do aesthetic practitioners think about it?

Unlike the ‘No Makeup Selfie’ campaign back in 2014, which raised money for cancer research,2 as well as offering support to actress Kim Novak, whose looks were criticised at the Oscars,3 the 10 Year Challenge has no obvious point. So why are people doing it?

“Society is much more image focused than the past and many people feel that it’s important to show what they have achieved through their image,” says consultant dermatologist Dr Alia Ahmed, who has a particular interest in psychodermatology and practises at Eudelo clinic. She believes the reasons why people partake in such a campaign is complex. “Some people will take part in this challenge because they want to show how well they are doing in terms of how well they look. Peer pressure is also a factor; I think if your friends and everyone else are doing it, you feel the need to do it as well. Some people might want to show that they have had cosmetic treatments, while those who know they look good want to show others they do. There also might be a number of people who are joining in because they feel insecure, so the campaign may be helping them get over their insecurity by saying, ‘Actually, I look really good compared to 10 years ago’. While others will just do it for fun,” she explains.

Dr Ahmed believes the comments on the images are also noteworthy – people are saying things like, ‘You look better on the right’, ‘That is a glow-up’, and ‘You haven’t aged a day’. She explains, “There will be a subset of people who are doing the challenge purely to receive positive comments. But issues could arise with people with a negative or insecure disposition – if they receive even one negative comment they may focus on this rather than the other positive comments that are there.”

Plastic surgeon Mr Olivier Branford is an avid user of social media with more than 250,000 followers on his various platforms. He highlights that there are positive and negative aspects to any image-related trend, including this one. “I think the 10 Year Challenge can be a good thing if users are showing how they have overcome adversity; for example, reconstruction after trauma or cancer, if someone has ‘grown older gracefully’ or has used fitness to get into shape. However, I think that to some extent, all types of before and after images have a negative aspect in that they celebrate how good someone is looking now in relation to how bad they looked before,” he explains, adding, “The 10 Year Challenge may make people feel the need to be ‘frozen in time’ or to ‘roll back the clock’, rather than accepting that they look great for their age.” Dr Ahmed highlights the negative implications this challenge may have on one’s mental health. “This can be particularly negative for susceptible individuals who already have negative body image issues; potentially sending them into a spiral of negativity,” she explains, adding that there may also be people looking at the pictures who have diagnosed or undiagnosed body dysmorphic disorder (BDD). She says, “The challenge may make them feel even worse about themselves when they look at their own pictures over 10 years or when they look at other people’s.”

The multiple comparisons with one’s self, as well as with others, can also impact people who are usually confident too, warns Dr Ahmed, emphasising that anyone can be negatively affected by the challenge.

Aesthetic nurse prescriber Claudia McGloin adds, “As the challenge is being portrayed by the media in more of a positive light, a lot of people just don’t stop to think about BDD. This kind of challenge can magnify what a person believes to be their flaws, either driving them to want to have cosmetic treatments, causing them to manipulate their images or get them to start thinking about their appearance a little bit more when they otherwise might not have.”

McGloin also thinks that many people have been tempted to alter their images using photo editing apps. “People who haven’t aged that gracefully are thinking that they can’t put their picture up, or to feel included they are tweaking the image or are choosing ones that are not very clear. The same thing happened with the ‘No Makeup Selfie’, a lot of people uploaded images that were black and white, altered, had bad lighting or they were wearing a bit of makeup,” she says. Celebrities such as Reese Witherspoon, Lea Michele and Jessica Biel have also taken part; showing how well they have aged, or rather, how they haven’t. Mr Branford comments, “Celebrities have been showing us how amazing they look, how they haven’t aged at all or how they look better or younger than they did a decade previously. Consequently, most people are using the challenge to show that they look better or exactly the same. However, celebrities in 2019 have the best skincare regimes, personal trainers, professional photographers, lighting, and retouching available. One doesn’t see the 100 photos that were discarded.” Most of the celebrities’ before and after images also don’t disclose they have had any treatment, therefore not providing the public with a true reflection of their ageing, practitioners note.

A positive effect for aesthetic practitioners?

“It is very hard to say for sure if social media has a direct impact on the take up of aesthetic treatments, although it is certainly held responsible for it,” notes Mr Branford, while McGloin believes that the campaign will encourage more people to seek treatment. She says, “People who have never thought about getting treatment are suddenly comparing two pictures and may think, ‘Oh I didn’t have that line on my face 10 years ago and I don’t like it’. This could potentially have a huge impact and benefit to the industry where people will enquire about treatment.”

Mr Branford notes that some of the images people are sharing can negatively affect the aesthetics sector. “When the 10 Year Challenge shows distorted images of people with excessive aesthetic treatments it can reflect negatively on the industry as a whole. More worryingly, by normalising these distorted images it can affect what we perceive as beautiful, making the unnatural ideal the norm to be aspired to,” he says.

All interviewees note the importance of understanding a patient’s motivation to seek treatment, highlighting the issues behind mental health and noting that it’s useful for practitioners to understand how these kinds of crazes might affect the public. McGloin concludes, “I think this is just a phase and it will die out and something else will take over, maybe something about the body for example. However, I think it’s good for us as aesthetic practitioners to discuss this kind of thing because it all helps us understand why people might be motivated to get treatment.”