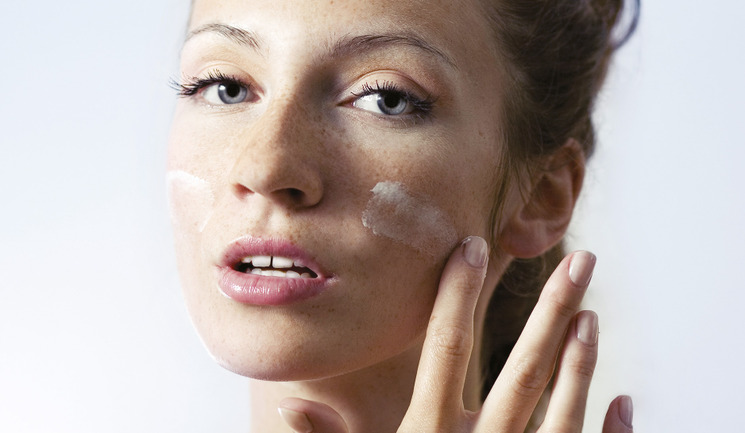 Dr Benjamin Chun-Man Lee explains why and how skin can benefit from moisturisers, listing key factors to look out for when selecting appropriate products for patients

Not all moisturisers are the same and they have very different effects on the skin barrier depending on formulation. Effective moisturisers contain bioactive ingredients that strengthen and potentially repair skin barrier homeostasis,1-3 while others can be hydrating without effecting the skin barrier and some have even been found to be damaging.

Individuals with impaired skin barrier functions such as atopic dermatitis (AD), also known as eczema, are the most likely to notice the difference; therefore, the choice of moisturiser has significant implications for the treatment and longterm control of dry skin and skin sensitivity.

The Eczema Priority Setting Partnership, a collaboration between patients, clinicians and researchers in England and Wales, has set out the priority of identifying the most effective and safe emollients for treating AD, and differentiating moisturising cream based on mechanism of action.4,5

The epidermal barrier has many important functions, such as regulating loss of water and electrolytes, antimicrobial barrier and immune protection, skin hydration and moisturisation, protection from chemicals and toxin penetration, as well as acting as a barrier to terrestrial UV radiation and oxidative stress from air pollution.9 The physical skin barrier is mainly localised to the outermost, protein-rich SC, in which keratinocytes adopt a flattened shape enclosed in a cornified cell envelope.9 The epidermal barrier is constantly under threat from the environment. Therefore, it requires full functionality to protect and maintain health of the body.

The skin barrier is a balanced system of many functions localised in the SC. Out of all functions, the epidermal permeability barrier appears to be the most important; genetic defects in the barrier function underlie some common skin diseases such as AD and psoriasis.10 Barrier homeostasis is controlled by a number of factors, discussed below.

Skin surface pH is maintained in a value between 4.5 and 5.5 (slightly acidic) in humans by the endogenous processes of fatty acids from phospholipids and urocanic acid from natural-moisturising factors (NMF) in SC, as well as exogenous sources of free fatty acids from sweat glands and lactic acid derived from sebaceous glands by the action of bacterial lipase.11 Furthermore, a lot of protein-degrading enzymes (proteases) in SC are pH dependent, activated by alkaline pH to induce desquamation.12

The use of soap can result in a disruption of skin pH, leading to skin barrier dysfunction and ultimately dry skin. Gel formulations on the other hand, which are commonly used and often a preferred choice for oily or acneprone skin types, may raise the skin’s pH, ultimately leading to weakening skin barrier and its innate immunity against infections.13 Doublebase gel is an example of a gelbased moisturiser.

The studies of skin barrier dysfunction in AD have found insufficient levels of intercellular lipids, in particular ceramide 1 (CER EOS) in AD skin.14 In normal skin, ceramide is synthesised from a particular form of cell membrane phospholipids called sphingomyelin. In AD, upregulation of a converting enzyme that depletes sphingomyelin in turn depletes a reserve of ceramides.15 In recent years, Cork et al. have reported an emollient mixture containing a pseudoceramide, which showed structural resemblance to human intercellular lipids in SC, promoting superior effect on epidermal permeability barrier function in comparison with a control emollient without the additives.1 Niacinamide, also known as vitamin B3, induced up to a five-fold increase in ceramide synthesis by cultured skin cells.16

Relative humidity (RH), on the other hand, is defined as a percentage of the amount of water vapour divided by the moistureholding capacity of air. Therefore, it is a much more reliable measure in clinical studies on the effect of climate on skin barrier function.19 Exposure of human skin to low RH (32% and below) renders skin more susceptible to contact sensitivities, increased transepidermal water loss (TEWL) and dryness, and a longer recovery period to regain normal permeability barrier function.19

Human skin has the ability to adopt to a new environment. However, at low temperatures the adaptability to low humidity appears impeded, causing dry skin and breakdown of skin barrier. The effect of low RH seems to be more significant in the first two days of exposure, after which period, skin gradually adopts to a dry environment and restore integrity and barrier functions.19

Population studies found that individuals working in particular environments, such as the airline industry, fish factories and plumbing, are most susceptible to contact allergies and skin complaints relevant to dry and sensitive skin.19

Moisturising fulfils an important need by providing skin comfort and alleviating dryness. A systematic review of clinical studies looking at the effect of moisturisers on eczema development conclude that regular moisturising restores skin homeostasis and defence against microbial penetration, correcting microbial dysbiosis, as well as reducing TEWL in humans.10

A moisturiser is a topically-applied substance or product that overcomes the signs and symptoms of dry skin. Cosmetic creams and lotions are emulsions, either in oil-in-water (O/W) which are non-greasy or waterin-oil (W/O), which are more occlusive.20 Moisturisers are typically made of O/W emulsions.

Moisturiser composition can vary, mostly in a base, actives and choice of preservatives. They will generally feature a mix or all of the following:

Dry skin is a common problem affecting a lot of people. The development of dry skin is associated with a skin barrier defect in conditions such as atopic dermatitis in the young, asteatotic eczema and winter xerosis in older people.31 Skin barrier homeostasis maintains integrity and permeability barrier function by regulation and control of pH, microbiome, and desquamation; it can be affected by environmental and health factors including stress. Moisturisers have very different effects on the skin barrier depending on their formulation. An evidencebased approach is always recommended for selecting moisturisers, as not all formulations are the same.

Individuals working in particular environments, such as the airline industry, fish factories and plumbing, are most susceptible to contact allergies and skin complaints relevant to dry and sensitive skin